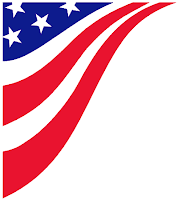 All it takes is one person, saying one stupid thing, to give the area a black eye.

It allegedly happened at the Sarah Palin rally in Scranton Tuesday afternoon. Congressional candidate Chris Hackett was talking about Barack Obama when someone in the crowd supposedly yelled "kill him!"

The Secret Service investigated, as it should. You can't be too careful. The "kill him" allegation turned out to be unfounded, but the damage was done. It turns out only one person heard the alleged remark. People to back up the story couldn't be located.

I first suspected it was just one fervent supporter, going too far, getting carried away. You never know. Thankfully, it never happened, or at least there's no proof that it happened.

The original "kill him" story made national news. It's out there. Scranton has been getting a lot of mentions, and not in a good way.

We shouldn't be surprised when people say inappropriate things. They're probably taking a cue from the campaign commercials-- the ones that get slimier by the day. There's nothing wrong with pointing to a candidate's record and past actions. Unfortunately, the commercials take it to the next level, making inferences and leaps to illogical conclusions. Some "consultants" have the slime down to a science.

It's all part of a severely flawed system, but it's all we have right now. Demand better.
AT 12:01 AM