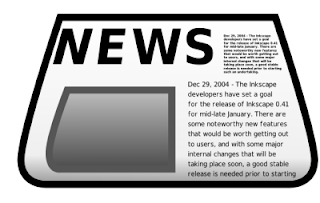 I don't think I'm that old, but I am of an era where people valued the daily newspaper. The afternoon arrival was always a treat when I was a kid, and I still make it a point to look at a few a day.

Here's what's changed. My reading is done on-line rather waiting for the newspaper to be delivered. An entire generation of people gets its news that way, and it means extremely tough times for daily newspapers.

A pair of newspapers in Detroit is trying to stay afloat by cutting home delivery to three days a week, and publishing smaller editions on the other days.

A media analyst, quoted in USA Today, has it nailed. He said "The biggest risk is it breaks the daily newspaper habit for readers and marketers. Newspapers are accelerating their own print demise."

Exactly! Someone has finally figured out. The way to improve circulation is to make the product better and get it into the hands of readers.

It's over in Detroit, and many other newspapers are on their way to failure.

I won't mention the paper's name, but I always thought it was the best in the region. While it's not based in what's called the "Wilkes-Barre/Scranton market," it is sold here, and it did a very good job of covering items in the fringe of its core area. The paper recently went through a re-design. Readers are getting a smaller paper with bigger graphics and photos. You know why? It's to disguise the fact that there's less news in the paper. Less news means fewer readers. It's all so simple. Why can't they figure it out?

One other thing: drop the political agendas.

The way we get our information is changing, and that includes those of us in broadcasting. We all have to improve the product and make it relevant if we're to survive.
AT 12:01 AM