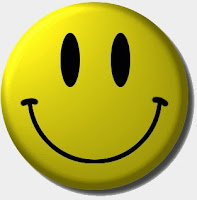 After a week of whining, moaning, and complaining about everything under the sun, let's start off the week on a good note.

It's nearly the end of January. The longest, coldest month of the year is almost over. At least where I live, we got through the month without a major snow storm. Cold is cold, but at least you can still move around, unlike snowy weather.

It's Super Bowl week, and that's always a lot of fun. The Cardinals v. Steelers debate is good for endless conversations in the office and on the radio. Sunday's game takes place well after my bed time, and I'm okay with that. I'm a Steelers fan, but a horrible one. I'd be too nervous to watch the game, even if it took place at an hour I could handle.

My cable system recently added "My TV." It means more opportunities to watch "Scrubs," even though I have all seven seasons on DVD.

Speaking of "Scrubs," the first four episodes of the new season have been excellent.

A tax meeting with my accountant is only 15 days away. I don't know if I'll be getting a refund, but getting my taxes done is one less thing to worry about.

The carpeting near my desk is amazingly clean.

Someone actually offered to pay $900 million for the Chicago Cubs.

Gasoline is still less than $2 a gallon.

Scranton has another ice cream store.

They might not be right be right in front of your nose, but there are good things happening.

PS: I spoke too soon about the lack of a big January storm. Noreen says we could get one Wednesday morning. Sorry.
AT 12:01 AM