The only reason to do it was a case of cabin fever.

I braved the ice yesterday morning. I just had to get out of the house. My destination was one of the local malls-- which was empty.

The roads were in good shape by 10 am. Back roads and side streets were a little slushy, and the mall parking lot left a lot to be desired. The main roads were fine, except for a new batch of pot holes. Interstate 81 North, just north of the Central Scranton Expressway exit should be declared a disaster area.

The thing that struck me as i walked the mall, beside the lack of people, was the amount of people wearing Steelers and Eagles clothing. Santa loves bringing that stuff. If the Steelers and/or Eagles lose, you can bet those sweatshirts, coats, and hats will go in the closet 'til the fall.

This is the time of year I usually pick up an article or two of winter clothing. you can get it cheap after the first of the year, and you know how Pennsylvania winters are-- you can still wear the stuff for six more months.

At the risk of sounding Snedeker-esque, one-fourth of the longest, darkest, coldest month of the year is over. We can have some really bad storms in February and March, but I breathe a sigh of relief once that January calendar page is turned. 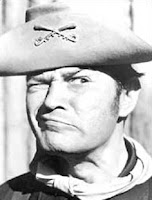