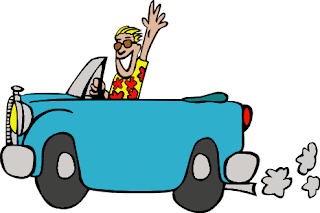 Yesterday was the anniversary of the day I received my driver's license. The year is irrelevant, so let's just say Jimmy Carter was president, and he was fairly new to the job at the time.

You know what? I didn't drive anywhere in the first month I had my license. I thought the test was too easy. It wasn't an adequate way to judge my skills, and I had no confidence in my abilities.

It's been a pattern throughout my life. On the ego spectrum, I fall at the low end, the very low end. The jerk spectrum is another story.

When you you're in the news business, especially the television news business, you encounter more than your share of big egos. It's not just co-workers and competitors. It's people in law, government, politics, entertainment, etc. There's a common thread. I've found that the people with the biggest egos are the ones who have the least talent. The ego is a cover up for their inadequacy.

Some ego is healthy. You need it, as long as you don't over do it. If you don't believe in yourself, no one is going to believe in you. There are times I wish I had a bigger ego, but it's just not me. The legendary Kim Supon used to have a sign on her desk. It read "no one can make you feel inferior without your permission." I inherited Kim's desk. I wish she left the sign. I think of it often, and I fear I've granted permission a few too many times.