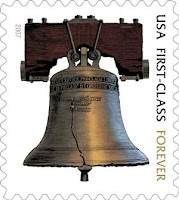 The economic downtown has one huge advantage: my mail box is no longer cluttered with credit card offers. I still get a fair amount of catalogs, and I don't mind that.

The cost of mailing a letter goes up May 11th, and I'm not complaining. Mail a letter, coast to coast, for 44 cents? And have it get there in less than one week? That's an incredible bargain. The US Postal Service is bleeding red ink. At one time, I was dead set against cutting back on deliveries. Now, I think I can live without Saturday mail.

I don't Twitter, FaceBook or MySpace, but I do e-mail a lot. Still, there's nothing like sending or receiving a hand written letter. I still send letters via snail mail, but most of them are typed out using a computer's word processing program. After sitting behind a keyboard for years, my handwriting is shot. I can still read it-- barely. I wouldn't want to burden others. Do they still teach penmanship in elementary school?

All Newswatch 16 reporters carry laptop computers. There have been several recent occasions where I've been assigned to late breaking news. It was quicker to scribble some notes on a legal pad and go on the air than to power up the laptop, establish a connection to the office with an air card, and bang out the script.