First, the really important one. My bosses were kind enough to let me sneak out of work a few minutes early so I could attend David DeCosmo Day at City Hall in Scranton.

Below, David and his family, listening to a lot of people say nice things about him. 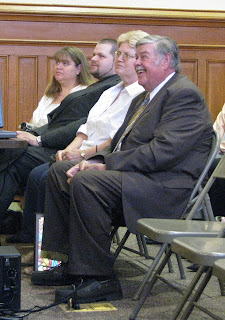 The next picture is a plaque presentation by Lackawanna County Commissioners Mike Washo and Corey O'Brien. Washo is the one giving/getting the hug. The guy with the video camera is WBRE photographer Joe Butash. 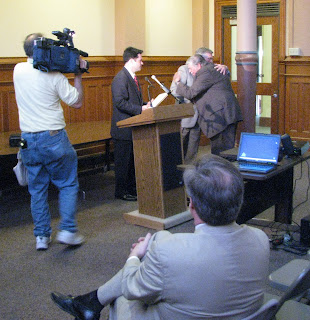 This is Scranton Mayor Chris Doherty presenting another plaque to David. 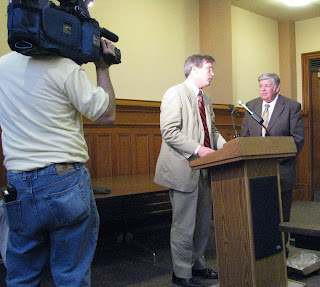 And finally, David with some well deserved recognition. 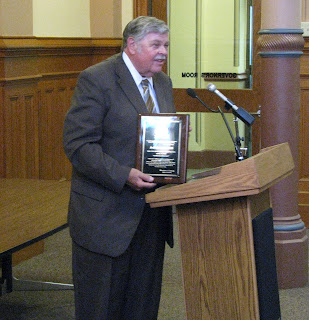 I'm happy to report David will still be seen and heard. He's working on some projects with a Scranton based public access channel, and David will co host the Scranton Armed Forces Day Parade on WYOU next month.

David and family, thanks for allowing me to be part of your day. I'll see you soon.

The 5th anniversary of the blog is coming up in mid November, but today is also an anniversary.

Blog 2.0 hit the internet one year ago today. It was the day we switched formats, allowing more pictures, graphics, etc. As far as my participation, still the same old bad writing and photography.

There have been nearly 320 posts since April 29th of last year. A few have even made sense. It has been, and continues to be, fun.

Thanks for being here. The number of hits dipped when WNEP.com was re-designed a while back. I appreciate you taking the time to find it.