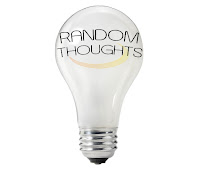 17 men and women are running for judge in Luzerne County on Tuesday. Just about every one has used "level the playing field" in their advertisements. I've just about had enough.

Maxim magazine is out with its annual "Hot 100" list. You know you're old when you don't recognize most of the names and faces.

I'm sorry the Wilkes-Barre/Scranton Penguins are out of the playoffs. Still, it was a really good year.

Maybe I'll get to a Scranton/Wilkes-Barre Yankees game this year. Same goes for the Wilkes-Barre/Scranton Pioneers.

The Baby Bombers have lost five in a row. Let's not panic. Everyone has a bad streak now and then.

A minor league baseball stadium in Camden, NJ now has a "peanut free" section for fans with peanut allergies. On the surface, this might sound silly. On the other hand, I'm lucky. Outside of a few pollen related sneezes, I have no allergies, so I can't relate to those who must avoid peanuts.

You know how internet rumors are. I saw one where Google was interested in the New York Times. I can imagine the culture clash that would take place there.

I still haven't caught Scranton's mayoral candidate debate in its entirety, but I have watched a few big chunks. There are a lot of races where all the candidates seem the same. Not this one. Not even close.

I visited a mega mart yesterday to get some potting soil. Dirt cheap? Not these days.

AAA reports more people will be on the road Memorial Day weekend due to lower gasoline prices. Maybe it will give the economy a boost. If you're traveling, please be careful.

I've been toying with changing the look of the blog, but I can't find a design that knocks my socks off.
AT 4:00 AM