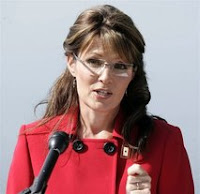 Alaska Governor Sarah Palin's resignation reminded me of one of my favorite irritating political situations-- elected officials who resign before their terms are over.

Let this be perfectly clear. I'm not singling out Palin and the Republicans. People of all parties are guilty. Understood?

Here's the way I look at it. When you run for office, you are, in effect, asking people for a contract. When you win, people give you that contract for two, four, or six years, depending on the office. A contract is trust. You shouldn't walk away just because you don't want to be a "lame duck." The people elected you for a full term. Do it.

Now, here's a complication. Many politicians ran for office while serving in another office. Our current president comes to mind. He ran for president while an Illinois senator. Ditto for Arizona senator John McCain and countless others, of both parties. What do we do about that? Well, I don't have the answer. If we have a rule where you can't run for one office before your current term expires, we'd be excluding some very good candidates.

There are exceptions. Governor Tom Ridge quit in 2001 because President Bush asked him to run the new Homeland Security office. That's a pretty good reason.

Some governors and senators have been caught in scandals, their private parts invaded the public's right to know. It's in the best interests of the state and the nation, if they walk, or run, away.

Getting back to the original issue, the people's business deserves your full attention. If you walk away in the middle of a term, without stating a good reason, maybe you shouldn't have been there in the first place.
AT 12:01 AM