Where've You Been and Other Issues 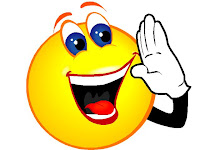 I've been anchoring the weekend morning news, as usual, but I haven't been reporting much lately. Due to a maternity leave and some vacations, I've been pressed in to service as a producer for the past few weeks. I really don't mind. It keeps me out of the rain, and it's a chance to use a different skill set, as well as another part of your brain. Having said that, I'm looking forward to getting out again.

I can live with sunny and low/mid 70's for the rest of the summer. Some people say they've already acquired that "end of summer" feeling. Not me. Not yet-- even though I like fall and eagerly anticipate its arrival.

The Lackawanna County Stadium story continues to be embarrassing.

My camera has been getting a workout lately. It's a good thing. There are a few other places to visit left on my list.

The Major League Baseball All Star Game is tonight. I remember when that used to be a big deal.

Chris Moore does the weekend morning show on FOX Sports Radio and is a darn good listen.

I went to junior high school near the site of Monday morning's explosion in Dickson City, so I know that neighborhood rather well. It's such a sad story.

The same goes for Friday night's deadly boating accident on the Susquehanna River near Lock Haven.

And, that double murder in Effort last week.

Whether or not you agree with his policies, President Obama carries himself well. The man oozes confidence.

When you work, you should get paid for it. Pennsylvania state employees are looking at partial pay days, and pay-less pay days. Yes, you deserve better, but considering the state hasn't produced an on-time budget in seven years, are you really surprised?

Michael Jackson: enough already.
AT 12:01 AM