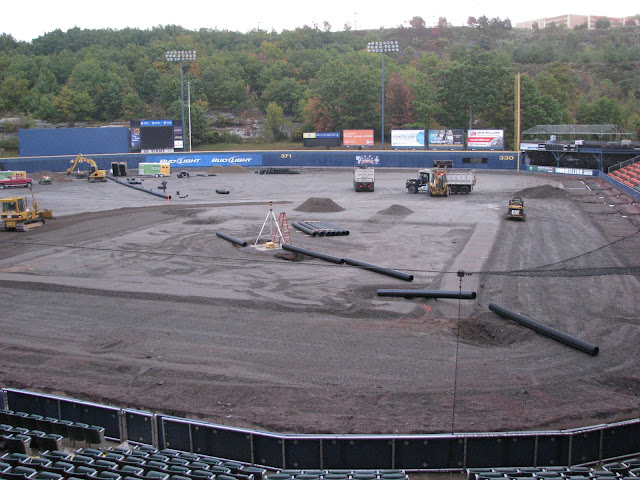 Back in my radio days, I worked with a gifted engineer, who was always given a number of impossible tasks by the bunglers who ran the joint.  He'd have to rush through those projects to keep the bosses happy.  It would get done as a stop-gap measure, followed by a second project, to do the work the way it should have been done the first time around.  The engineer had a phrase I heard often:  "There's never enough time to do it right, but there's always enough time to do it over."

There are times I think the Scranton/Wilkes-Barre Yankees and the people who run the stadium are controlled the outfit I used to work for.  I took this picture late last week, while a new drainage system is being installed beneath the field-- the one that should have been put in place a few years ago.