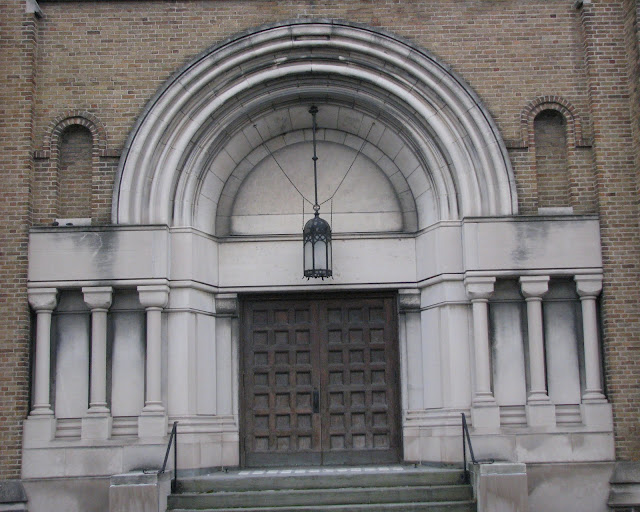 It looks like Holy Cross church, at Broadway and Fifth, in Scranton will not be demolished after all.

There was a plan a few months ago to do the following:  the Diocese of Scranton would sell the closed church to the city.  The city would tear down the old church and use the land for a parking lot for Holy Cross Hall, next to the church.

A lot of people thought the deal smelled bad.  The Diocese unloads an empty building.  The city foots the bill for the demolition and the new parking lot.  It wouldn't and couldn't be done inexpensively.  A landmark would be destroyed.

The Diocese turned down at least one offer to sell the building, to someone who wouldn't tear it down.

City council put the brakes on the sale to the city earlier this year. 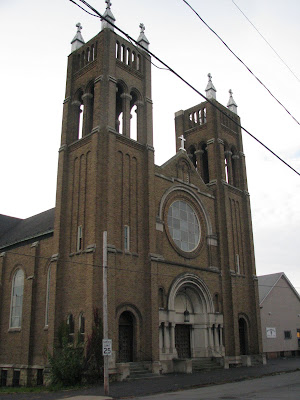 As you know, there's been a change in leadership at the Diocese, and now the church has been sold to Scranton businessman Bob Bolus, who says he intends to do something with the building, and return it to the tax rolls. 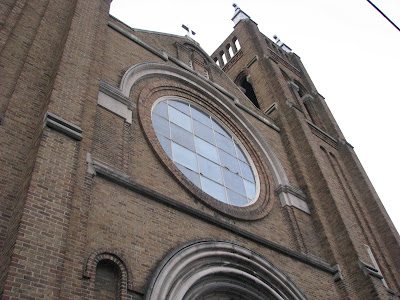 It's not going to be easy.  It's a big old building.  Holy Cross looks like it's in good shape, other than a few cracked windows.  However, looks can be deceiving.  Plus, show me an old building that doesn't need roof work.  Converting churches to other uses can be extremely expensive.

On the other hand, saving history sounds better to me than a new parking lot.  At least, someone is trying to do the right thing.  Let's hope the project moves ahead quickly, and the church, now closed for three years, doesn't deteriorate even more. 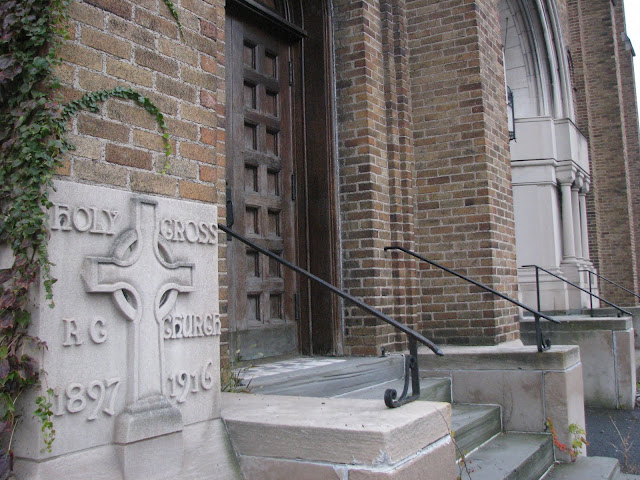