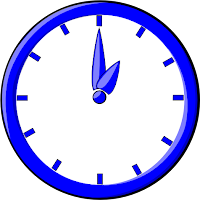 It's funny how times change, pardon the pun.

I used to dread the yearly return to standard time.  Now, I look forward to it.  Being a very early riser, I like that extra daylight in the morning rather in the evening.  Being an afternoon and evening sleeper, early sunsets are good.

The government played tricks with my schedule a couple years ago.  In an effort to save energy, the end of daylight saving time was moved from the last Sunday of October to the first Sunday of November.  One week doesn't sound like a lot, but it's an eternity in television.

November is a TV ratings month, and it's important to be on the job.  Translation:  use your vacation time in other months.  I used to take off the last weekend in October.  While you get an extra hour of sleep, I get an extra hour of work.  Being the team player that I am, I stuck one of my co-workers with that extra hour.  For a few years, it was Jon Meyer.  To make matters worse, Jon is celebrating a birthday around this time of year.  Not only did he have to pull an extra long overnight shift, he had to do it on his birthday.

What comes around, goes around, or something like that.  November is a "no fly" vacation zone, so the extra hour of work has returned to my plate.

It's only an hour.  It's not going to kill me-- and a lot of extra early morning daylight follows!
AT 12:01 AM