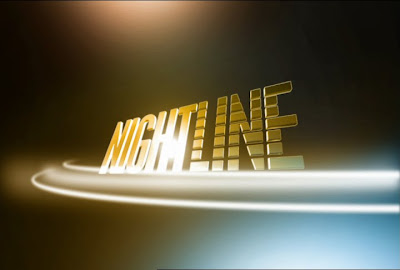 It began, on this night, thirty years ago, as "America Held Hostage:  The Iran Crisis."

Roone Arledge was running ABC News at the time.  Part of his plan to get ABC out of third place was to "own" major stories by doing special reports at 11:30 PM.

"America Held Hostage" morphed into coverage of other topics several months later.  The name of the broadcast was switched to "Nightline" and the rest is history.  "Nightline" wins its time period some nights.  It's a very respectible second the rest of the time.

According to his book, Ted Koppel hated the title "Nightline," but he couldn't come up with anything better, so "Nightline" it was-- and is.

Ted Koppel left "Nightline" a few years ago, and it was time.  The broadcast was on tape most nights, and I never cared for that.  It's since returned to its "live" roots, and much for the better.  It's a fresher broadcast, and it still manages to be relevant, even after thirty years.
AT 12:01 AM