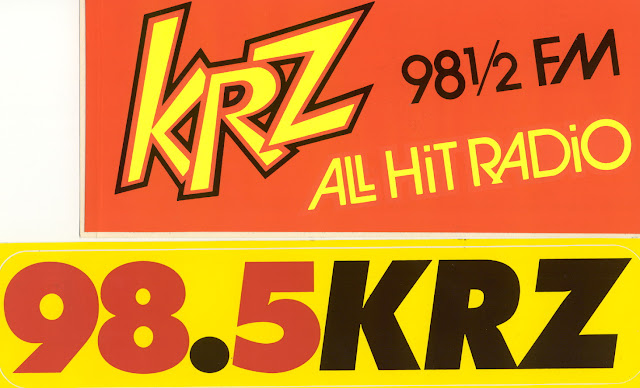 We'll begin 2010 with a quick look at a station that's been at or near the top of the Wilkes-Barre/Scranton ratings for decades.

I think the year was 1981.  The family that then owned Channel 28 also owned two radio stations-- WBRE am 1340 and WBRE fm 98.5.  Both had an all news format.  The family sold the stations.  I don't remember the am's first format, but the fm went on the air with contemporary hit radio, the modern name for top 40.  It was an instant hit, and KRZ overtook WARM as the number one station in town in less than one year.

You couldn't miss that day glow orange and yellow logo on the stickers.  It was everywhere.

The logo has changed a bit over the years.  I don't have the current version, but you can see it on the KRZ web site.   KRZ is still CHR, and it's still one of the most popular stations in town.
AT 12:01 AM