I never quite knew how to feel about the University of Scranton.  I considered going there, but chose Marywood instead.  I remember a member of the Marywood administration, saying at orientation back in 1979 that the U of S was twice as big.  Marywood was twice as good.  I was never convinced of that.  I'm sure there would have been those at the University of Scranton who would have said they were twice as big and twice as good. 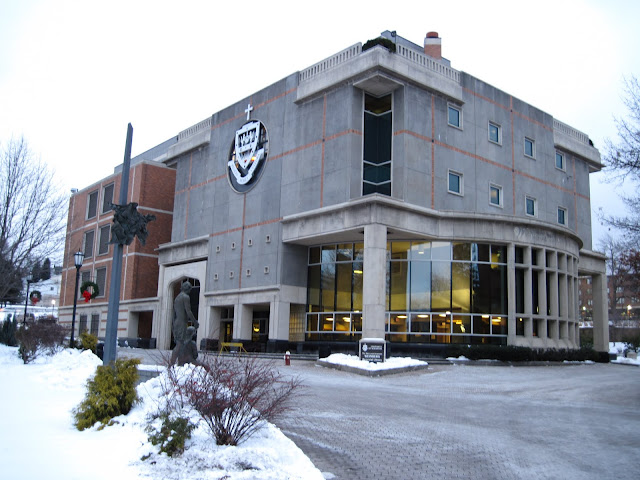 Back in my day, Marywood clearly had the aesthetics advantage.  We had trees and grass.  The U has caught up, a little.  It's become a nice looking urban campus. 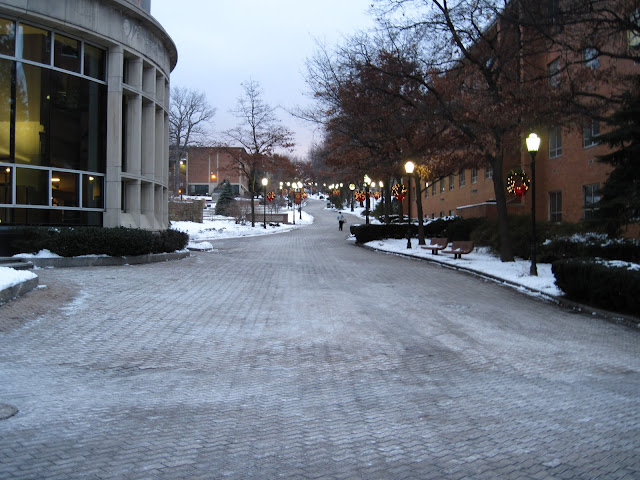 I stopped by the other morning for a look at the new science building.  While I never had any interest in the construction business, I do like to watch it.  It brings out the kid in all of us.

The building is nearly out of the ground.  As you can see, there's a lot of work left.  The new science building should be ready by fall of 2011. 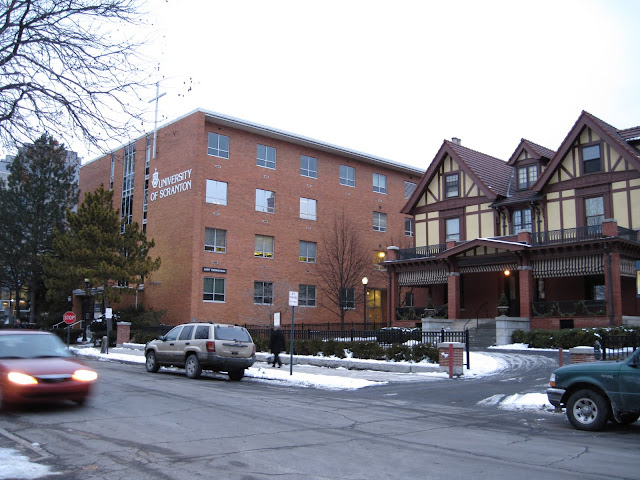 Construction on college campuses always touches off heated debates.  Some argue the colleges, especially those with urban campuses are eating up property that should be on the tax rolls.  On the other hand, it seems colleges are the only ones with money to spend these days.  Colleges provide jobs and they could help slow the NEPA brain drain.

I know the U of S does pay Scranton in lieu of taxes.  Many will argue it's not nearly enough.

Some good friends are University of Scranton graduates.  It's a good school, and it's a growing school.    Both aspects are extremely important.