I was watching an old documentary on one of the WVIA digital channels the other day, "The Once and Future City."  It dealt with Scranton in the early 80's, a decaying city, and that's being kind.
We had Mayor Jim McNulty back then, probably the best promoter I've ever seen.  Scranton was falling apart, but there were signs of a turn-a-round.  The old Erie Lackawanna train station became a luxury hotel.  We imported Steamtown USA, a pile of rusting, rotting junk with no significance to Scranton, from Bellows Falls, Vermont.  Talk of a downtown mall began.  I remember Jim McNulty's inaugural ball in the vacant Oppenheim's department store.  The city had its share of problems, but at least it looked like we were trying to make things better.
I will concede the point that McNulty could have handled the city's finances better, and the guy was never at city hall.
On the other hand, he knew how to think big.  He knew how to draw a crowd, and he knew how to get people talking.
Fast forward to February 1, 2010.  An $11 million dollar parking garage opened on North Washington Avenue.  Just before 7:00 AM, a construction worker came by to remove a couple wooden horses from the entrance, and the garage was open.  Talk about thinking big! 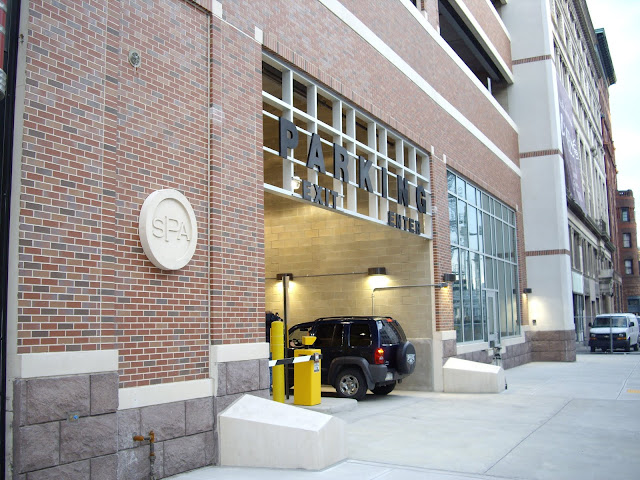 In the McNulty days, we would have had a high school band, and hot dogs, and balloons, and free parking, and a big party.  It would have been hokey, but gloriously and unashamedly so.  I likely would have made fun of it here.

Instead, there was an "official" parking garage ribbon cutting at 12:30 PM.  FDBD:  For Dullards, By Dullards.
We have more press people and public relations geniuses on government payrolls and ever before-- and their job is to keep their bosses away from the media.  The Scranton Parking Authority web site is a joke.
We've given up on trying to get people to feel good about themselves and their city.  If the locals don't do it, sure as heck, the outsiders aren't going to do it.
We've lost our ability to promote ourselves.  We've lost the ability to think big.  The dullards have taken over.  Let's think small.

There was a big party when the new airport building opened.  Common folk not invited.

Wilkes-Barre has "I Believe."  It's a slogan with no meaning  You have to back up, and after the initial flourish, "I Believe" fell on its face.


And, by the way, why is the P for parking bigger and more important than the S for Scranton? 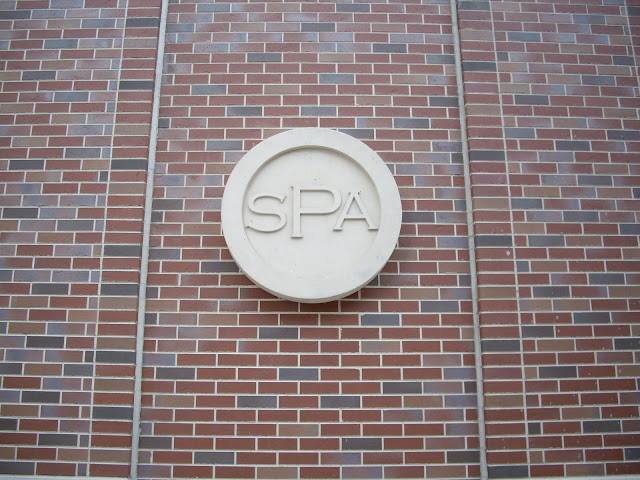