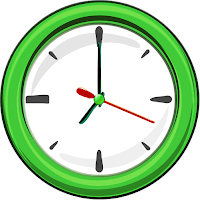 I'm sure more than 99 per cent of you didn't notice, but it shows how radio has changed, and not for the better.

The "top of the hour" used to be a great time on the radio.  It was the time for local or network news, a little weather, and maybe some scores.  Of course, commercials are a part of the mix.

I still love a good radio network newscast.  The quality ones involve strong anchors, good reporting, and a great use of sound.  CBS and the ABC Information Network were always the best of the lot-- by far.

Okay, I'm getting to the point.  On the 15th, FOX Sports Radio cut the size of the top of the hour break given to affiliates to a whopping two minutes!  It's enough time for one quick update, followed by one commercial.  Programs now begin at two minutes after the hour.  The head of the network says it keeps people listening from one hour to the next, and there's some logic in that.  On the other hand, it's a lot less time for information.  I'm old school, and still believe that broadcasters are supposed to operate in the public's "interest, necessity, and convience," as the Federal Communications used to be fond of saying.  The airwaves belong to you, not the radio stations.

FSR has taken the commercial time that used to be at :00 and buried it later in the hour.

Look, the republic will not fall because of this change.  In the general scope of things, it's not a huge deal.  But, for some of us who used to be in the radio news business, it's another example of how radio has given up on its mission.
AT 12:01 AM