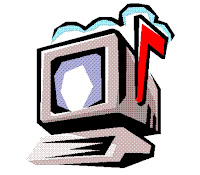 The first was from a frequent, and I'm sure well meaning, contributor.  It always goes the same way.  He complains we neglect Wilkes-Barre stories and go excessively heavy on Scranton stories.  I usually let others reply, but because most of the stories in question happened on the weekend, I gave it a try.

I listed all the Wilkes-Barre stories that had been covered during the week, and especially on weekends-- my watch.  The reply from the viewer was "I didn't catch much news this weekend because I was busy."

We all benefit from constructive criticism, and we take our responsibility to cover all counties seriously.  However, if you're going to take a shot, at least do it fairly.  Watch.  Then, criticize if you feel the need.  It's okay.  How can you blast a television broadcast if you haven't seen it?

The other letter came from someone who thought I took a cheap shot, in my blog,  at a local police department-- the one that had an assault rifle stolen from an officer's car.  I pointed out that an incident like that can tag a department with a Keystone Kops reputation, whether or not it's deserved.    I did not, and will not, refer to any police department as the Keystone Kops.  The reader didn't catch the essence of the piece.  Again, that's okay.  Perhaps I should have been more clear.

Thanks for being there.  Keep watching.  Keep reading.  Keep writing.
AT 12:00 AM