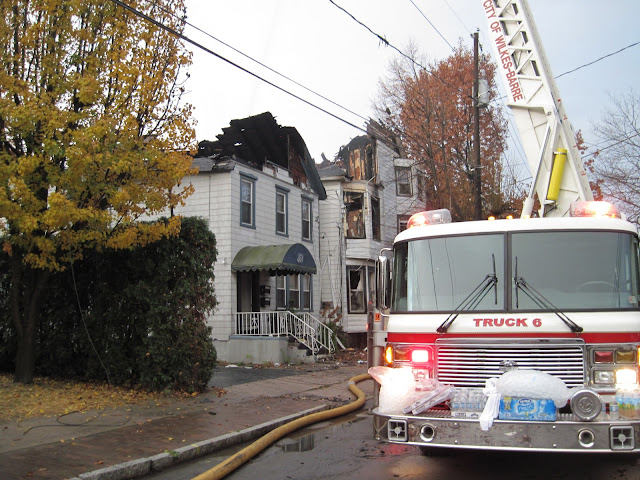 Big fires are always sad, and even more so just before a holiday.  I was at the fire that wrecked a couple buildings on South Franklin Street in Wilkes-Barre yesterday morning.  Six people lost their homes, and it appears these people didn't have a lot to begin with.

There are some things for which to be thankful.  No one was hurt, and firefighters stopped the flames before they reached a rather large apartment building rented by college students.  There was a significant chance half a block could have gone up in flames.

Continuing today's "disappointing" theme, I have to mention yesterday's indictment of State Senator Ray Musto.  I preface this by noting that Musto is innocent until proven guilty.  Federal prosecutors say Musto took thousands in bribes, and this is no nickel and dime stuff.  Some significant money is involved.  Musto is one of this area's more popular political figures.  He's been around for a long time, and is well liked.  You're always disappointed to learn a person like that has allegedly traveled the wrong path.
AT 12:00 AM