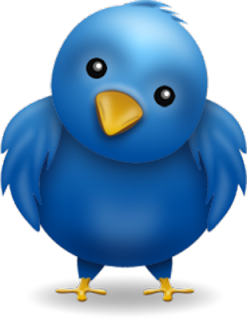 What have I done?

Old friend and former co-worker Phil Yacuboski talked me in to it the other morning.  Phil is a crack assignment editor at WBAL TV in Baltimore.   Phil said more and more public officials are communicating with the media via Twitter, and jumping on the bandwagon is not a bad idea.

A lot of people apparently find Twitter faster and more effective than e-mails.  Clearly, I want to use any tool that improves job performance, so I'm now a part of Twitter Nation.

I did a quick search for local elected types, and it appears they are few and far between on Twitter.  The Baltimore Twitter phenomenon Mr. Yacuboski spoke of has not spread north.  It's possible I'm not looking in the right places.  I'm new here.  It's also possible a lot of locals DON'T like to let you to know what's going on.  They don't return phone calls. They won't see you in person.  Why should Twitter be any different?

Mindi Ramsey actually started the ball rolling several weeks ago.  Mindi commented how a lot of companies monitor Tweets, so the next time I light up Sirius/XM, Comcast, or Verizon Wireless for shoddy customer service, I might get a response.

Maybe I'll share a thing or two along the way.  Please, don't expect a barrage of Tweets.  You don't need to know what I'm doing every hour of every day, and vice versa.

I was lucky enough that no one has grabbed my name, so you can find me at www.twitter.com/AndyPalumbo

The blog continues, as usual.

Let's give it a try and see how it works.

So far, my expectations are not being met.  However, it's early.