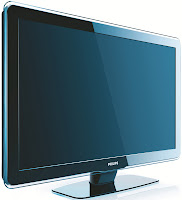 We keep hearing about how the economy continues to be in the tank, gas prices will hit record highs and unemployment is hovering around ten per cent.

I don't doubt that, but I did come away with some observations during the aforementioned "Great Sneaker Hunt of 2011."

One of my stops took me to Sam's Club.  People were wheeling big screen televisions out of there like they were giving them away.  I'm talking about massive screens-- 50 and 55's.  On top of that, it was early in the morning, when Sam's Club entry is restricted to businesses.  There's money out there somewhere.

In case you're wondering, I still have a 24 inch TV.  It's old, and it still works fine.

Another stop was the Shoppes at Montage in Moosic.  I expected the shopping center to be empty on an early January mid week, mid afternoon.  Wrong.  It wasn't packed, but it was busier than expected.  Again, there's money out there somewhere.

I've read where many financial experts excpect big problems with the credit card industry because people have been racking up big balances.  A search reveals it hasn't happened-- yet.

That brings us to the banking industry.  I was in a long line at a Wachovia branch the other afternoon, depositing money into an account I use for emergencies and unexpected situations, and cashing a rebate check.

As I stood in line, I thought about the years I've been using that branch and all the banks that have owned it.  I opened my accounts when it was a Third National Bank and Trust.  Core States followed.  Then, it was First Union, and now Wachovia.  I might have missed someone, possibly Meridian.  It's not over yet.  The bank flips to Wells Fargo in the spring. The Wells Fargo signs are already up, but covered by vinyl Wachovia banners.

There really is no moral to the banking story, other than to note the consolidation that's been going on in the industry for the past quarter century or so.  The name of the bank doesn't mean much to me.  The location is great.  The service is tolerable, so that's where I bank.  It's as simple as that.
AT 12:00 AM