Fate smiled on me, for a change, this week.  The snow fell on one of my days off.  There was always the chance of getting called in to help, but this wasn't major storm.  The people already on the schedule were more than enough to do the job. 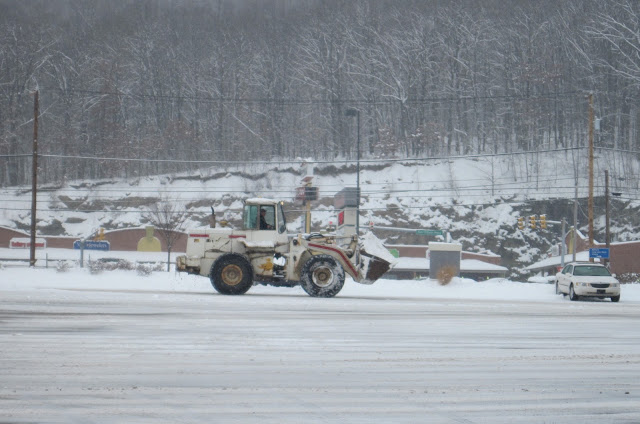 ﻿There was a down side to having a snow day.  After the walks were shoveled, the snow was removed from the car, and the dog was paraded around the yard to inspect the work, cabin fever set in.
I'm usually okay with a day of reading, net surfing and sleeping, but the itch to get out was overwhelming.
By mid morning, the roads were okay, so I drove up to Viewmont Mall.  I didn't want anything.  I didn't need anything.  I just desired a change of scenery.
The mall was just the way I like it-- empty.  I walked around and chatted with a few bored retail industry workers.  Proof of their boredom was they actually stopped  and had time to exchange a few words with me. 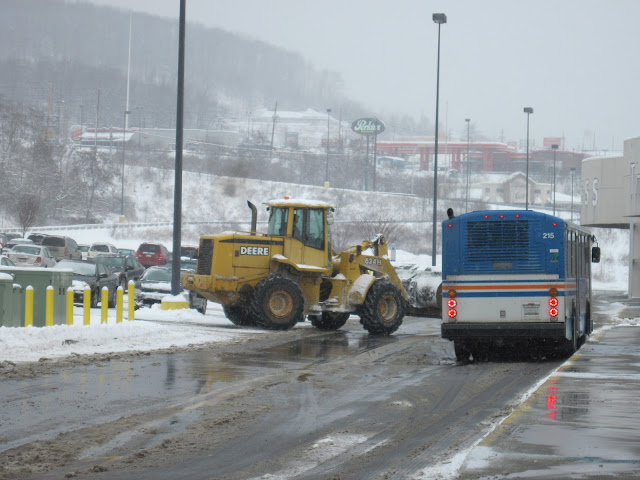 I spent a few minutes in the parking lot, watching the heavy equipment clear the lot.  While I never felt the urge to get in to the construction business, I do enjoy watching it.  It appeared they had clearing the acres of pavement down to a science.

Hunger hit on the way home, so it was a turkey and swiss, loaded with vegetables, with a quick shot of oil and vinegar at one of the chain sub shops that are on every corner these days.  While the mall was empty, the sub shop was busier than normal.  I guess snow makes you hungry.

After inhaling the sub, it was back home to work on the blog for a bit and catch up on some personal paperwork.

I missed this storm, and I'm sure there will be plenty of other opportunities for working in the snow before winter ends.