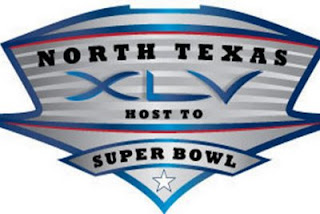 I like football, but the game is well past my bed time.  I love the Steelers, and I'm a horrible fan.  I'm usually too nervous to watch the black and gold in a big game.

I don't know how I wound up with the day after the game off in '99.  I do remember going to a party at a friend's house in Olyphant.  I got bored with the Falcons and the Broncos, so I spent most of the evening in the kitchen, with the girls, watching the movie "Clueless" on a small television.  I love that movie.  I also remember eating my body weight in chicken nuggets.

I was reminded of the good old days, while driving home from work the other morning.  A radio show was playing Super Bowl highlight clips.  There were a few with the broadcasting team of Pat Summerall and John Madden.  While Buck and Aikman, who will call this year's game, are very good, there was no better team than Pat and John in their prime.

I'm hoping for a Steelers win, but I'm not naive.  I know they're going in to Sunday evening's game as under dogs.  The Packers appear to be peaking at the right time.  The Steelers have a couple key injuries.

It would be nice to wake up Monday morning to find the Steelers have ring number seven.  If I was a gambling man, I'd likely take the Packers and give up the 2.5 points.

The week has been filled with super hype.  One of the more interesting stories involved former Steelers QB Terry Bradshaw and current Steelers QB Ben Roethlisberger.  Bradshaw, on the FOX pre game show at the beginning of the season, blasted Roethlisberger for his off-the-field behavior.  Roethlisberger's issues have been discussed elsewhere, and there's no need to go in to them here.  I will say that Roethlisberger's actions are indefensible.  What stuck in my craw is Bradshaw on a high moral horse.  Granted, he never took advantage of drunk college girls in a bar.   I'm reminded of a Bradshaw appearance in Wilkes-Barre, in the early 90's.   He was speaking at a banquet.  Bradshaw worked for CBS at the time, and I was working for the local CBS affiliate.  He couldn't have been more difficult.  It was clear he didn't want to be there.  A news conference was a tortured experience, complete with angry, terse answers.  While we did get Bradshaw to sign a football for a sick child, he refused to do a quick promo for the station, which would have taken all of two minutes.  If he was a cur here, I'm sure he pulled the act in other places.

Bradshaw and Roethlisberger got together for an interview that will air before the game Sunday.  It looks like they've come to an understanding.