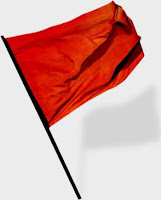 It's an issue we in the news biz wrestle with all the time.

I was watching the "Today" show last week, and there was a huge examination of a fashion controversy.  Abercrombie & Fitch is selling a little girl's bikini with a padded top.  Everyone agreed that it was a bad idea.  "Today" trotted out expert after expert.  Meredith Vieira did that fake outrage thing she does so well.

All I could think of, as I watched this, was how happy Abercrombie must be with all the free advertising.  Even though a padded children's bikini top is an insane idea, I'm sure the "Today" coverage increased sales.  "Today" was out to bury Abercrombie.  Instead, it did the company a favor.  Was this a controversy better off ignored?

On the other side of the coin is the synthetic drug known as "bath salts."  They make you do bad things.  Bath salts put users in danger, and it also hurts all the people around the abusers.  The public should know the dangers.  But, are we pulling a Four Loco-- increasing use by doing stories on bath salts?

I guess it comes down to this.  A padded bikini might be a bad idea, but no one was put in physical danger by wearing one.  Bath salts can kill you.

There are now several efforts to ban the sales of bath salts, and you know that wouldn't happen if the dangers weren't exposed.

And just as one way to get high exits the stage, another one enters.  I read a story where kids are soaking tampons in vodka and inserting them rectally.  They get the alcohol buzz, and the parents are none the wiser because there's no alcohol on the breath.  I wonder how many kids went out and tried it after reading the story.  The practice is extremely risky, and the story should not be ignored, but will exposing the danger lead people into temptation?
AT 12:00 AM