An Early Look Back 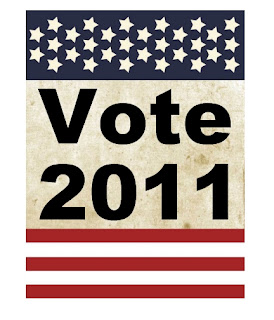 The Pennsylvania Primary has come and gone.  As always, here's my analysis and second guessing.

I'll begin by patting myself on the back.  The Lackawanna County commissioner race came out the way I expected-- Wansacz and O'Brien on the Democratic side.  Both are familiar names, and ethnicity still means a lot in this area.  We'll see how well they do in running as a team.  Wansacz and O'Brien came from opposite camps in the primary, and they hurled negative ads at each other.  Can the rift be healed for the good of the party?  Remember, what followers say publicly and what they do privately are often two different things.  It's happened before.

Liz Randol did well in the commissioner race.  Even though she was chief of staff for Washo and O'Brien for a while, she was perceived as an outsider, and a lot of people found that attractive.

Gary DiBileo won his first election in a while.  He's the Democratic nominee for controller in Lackawanna County, knocking off Ken McDowell.  It shows you can't lose $12 million dollars of taxpayers money and expect to get reelected.

The Republican nomination for District Attorney in Wayne County is too close to call.  Incumbent Michael Lehutsky is behind.  Janine Edwards is leading.  I have a feeling a lot of people thought about Laura Ronning when they cast their votes.  Lehutsky failed to get a conviction in that case, the biggest Wayne County murder trial in years.

There was a free for all in the race for Luzerne County judge.  I won't list all of the names here.  I do know many of the individuals involved.  County voters made some wise choices.

Kudos to the head of voter services in Luzerne County.  After receiving complaints candidates and their supporters were campaigning too close to the doors of Kistler Elementary in Wilkes-Barre, he got a court order forcing them back thirty feet.  I've seen too many places where the law is not enforced.  Voting becomes an uncomfortable ordeal.  It discourages participation.  Being mauled as you head to vote has to be stopped.

As for Luzerne County Council, our information shows people voted for a few favorites and guessed at the rest.  I'm sure every other county here is carefully watching what's going on, and how this whole thing will work.  The argument against home rule last year:  The system isn't broken.  We just need to elect better people.  Well, now, we're electing a lot of people and we'll see how that works.

Tom Leighton appears to be skating his way to a third term.  The numbers last night were less than overwhelming.  He won easily, but spent a lot of money for relatively few votes.  Leighton got hammered in his own city when he ran for state senate.  If a well financed and politically attractive candidate has stepped forward, there might have been a different outcome last night.

The top vote getter in the Scranton city council last night was NOT affiliated with the so-called "super majority."
AT 12:00 AM