It's a Good Thing 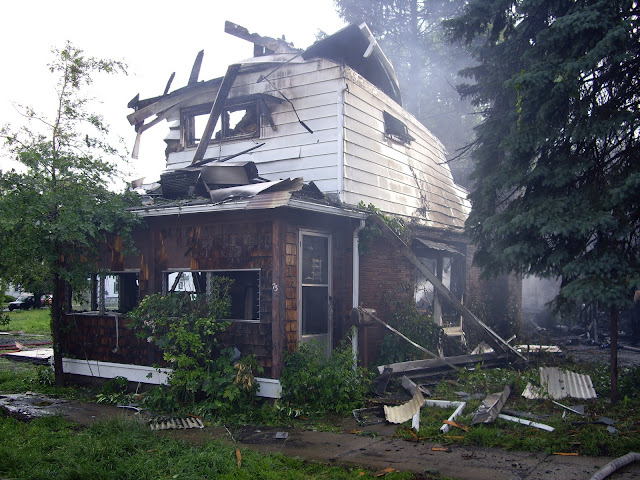 It's happened to me before, but it's rare enough that I should note it here.

Above is a house on Sullivan Street in Wilkes-Barre that was destroyed by fire yesterday morning.  During my several hours at the scene, firefighters wouldn't come out and say it, but you clearly got the feeling this is a case of arson.  It's vacant.  It's been a trouble spot in the past. 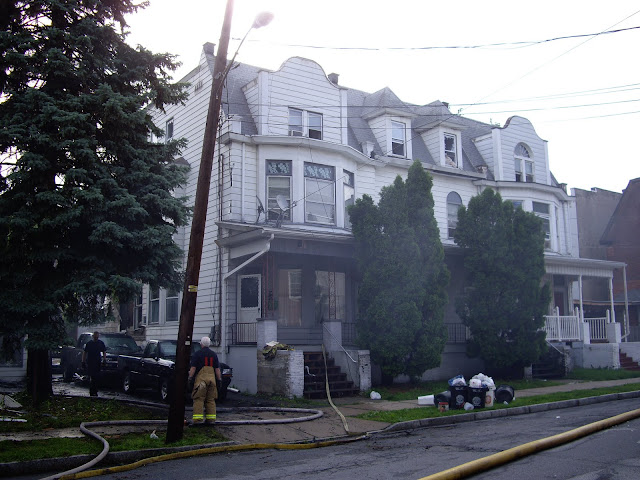 Here's what set this fire apart.  The apartment building you see above is just feet away from the house that burned.  The scorched siding and other fire damage is hidden by the pine tree on the left.  There's more fire damage in the back, plus smoke and water everywhere else.  Firefighters made a good stop.  The whole block could have gone up.

The apartment building will need a lot of repairs, and 15 people lost their homes.

Some of the people who live in the apartment building told me they were happy to see the vacant house burn.  Why?  It really wasn't vacant.  Vagrants and drug users were here all the time.  No more house.  No more problem.  Well, that's not totally accurate.  Now, it's someone else's problem.

It's quite unusual to see people, especially people who have suffered a loss, happy about a fire.

So, that brings up the question of who was asleep at the switch?  Neighbors say the police were here all the time.  Where was the city?  Why wasn't this place boarded up?  Why did it take a fire and a near catastrophe to rid the neighborhhood of a nuisance?

You can have all the downtown bars and nightlife you want.  It's worthless without people feeling safe in their homes.

I realize the law has a finite point.  Look at what it took in Scranton to get two nuisance bars closed.  You just can't run around shutting places down.  The owners have a right to due process, and I'm okay with that.

Still, I couldn't help the feeling yesterday that all of this could have been prevented and avoided.

Arson seems to be a favorite activity in this neighborhood.  Below is a photo from June 2007.  At the center of the photo is a building that was set on fire.  The house that you see on the right is the one that burned yesterday.  There will soon be two vacant lots on this block of Sullivan Street. 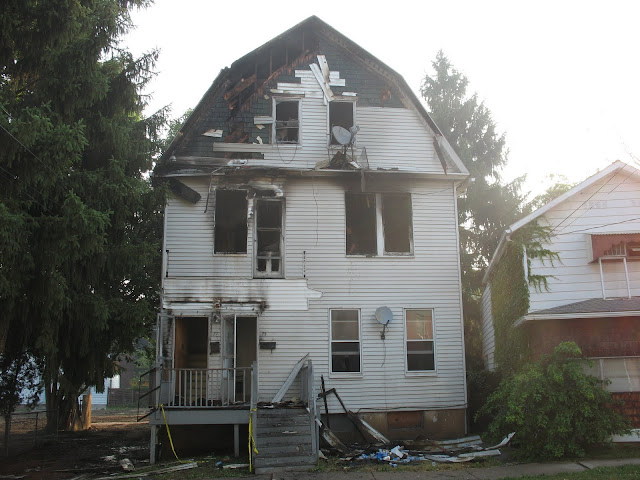