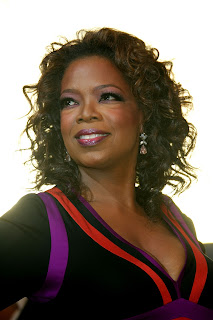 
While I respect and admire all she's accomplished, I can't say I'm a fan.


Oprah is a member of that "it's all about me" cult I find distasteful.  There's a disingenuous quality about her, a phoniness.  Oprah has pulled huge numbers over the years, and I know I'm in the minority here.


I will admit that Oprah Winfrey has changed American culture, and not in a good way.  I call it the "Oprah defense."  I've seen it in court, and in every day life.  The Oprah defense is playing the victim and blaming everyone else for your problems.  It was born on her couch.

Phil Donahue was the innovator, the trailblazer, the one who invented the genre-- without the attitude.  Without Phil, there would be no Oprah, and she really does owe him a debt of gratitude.  i hope Donahue gets a mention in the final Oprah broadcast.