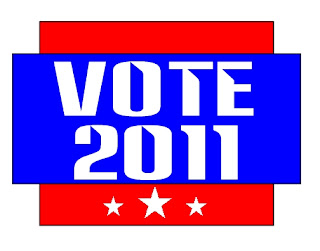 I cringed when I saw it.  A searing, sharp pain started in my stomach and flowed through my intestines like white hot lava.  I thought a blood vessel in my brain was going to explode.

There was a report on the news the other night about the huge size of the Luzerne County primary ballot.  There are nearly four hundred contests in the county, with more than six hundred names on the ballot.

Some people interviewed for the story actually said they don't know anything about those running, and they intend to guess when they vote Tuesday.  I became angry.  Once my blood stopped boiling and backed off to a simmer, sadness set in.

If that's the way you intend to behave, stay home on election day.

Being a functioning part of a democracy is not a passive activity.  We have more sources of information available to us than ever before.  It's not hard to research the candidates.  Pick up a newspaper.  Go on line.  If you don't have a computer and internet access at home, your local public library will be glad to help you.

You have no excuse to waste your privilege.
AT 12:00 AM