It's Only a Game 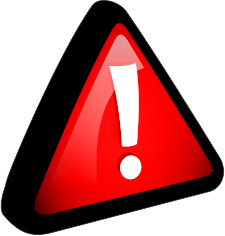 A few events recently show how sports has gotten out of control in this country (and Canada).

ABC had big ratings for the Dallas/Miami NBA finals this year.   Among the reasons?  People tuned in because they hate LeBron James, and they wanted to see him lose.  For non sports fans, James is the former Cleveland star who signed with Miami.  The announcement was made during a crass television special last year.

Hate can be a major inspiration.

I'm not an NBA fan.  As noted earlier, the games go on to long, the season seems to last forever, and the players are severely lacking in the role model category, if you catch my drift.

I didn't watch the finals, but a smile did cross my face when I learned the Mavericks defeated the Heat.

Then, there was the spectacle last week in Vancouver.  Rioting in the streets followed the Canucks' loss to the Boston Bruins in game seven of the NHL Stanley Cup finals.  There was some mayhem in Boston, as there always is in the winning city.  Vancouver wrote the book on bad sportsmanship, booing the NHL commissioner and the Bruins inside the arena, setting cars on fire and rioting outside.  We can accept out of control celebrations by the winners.  We are outraged when the losers go nuts.

Mark Patrick used to do a show on FOX Sports Radio, and he did something that I really used to love.  If you called in and referred to the team you root for as "we," he'd hang up on you immediately.  You were not allowed to say things like "I think we have a shot at the World Series this year if our pitching holds up."  Fantastic!   Patrick does a local show now in Indianapolis.
The issues in the University of Southern California and Ohio State University football programs has been well documented elsewhere.  There's no need for a repeat here.  I have a disgusting feeling that the SC and OSU problems are only the tip of the iceberg.  College sports is big money, and you know what a corrupting influence big money can be, if not handled properly.

And, let's note the continuing problems in the Pennsylvania's education system.  Governor Corbett says the money isn't there, and he's proposed some big cuts.  School districts are feeling the pain-- jettisoning teachers and programs.  Languages and arts seem to occupy popular positions on the chopping block.  However, with few exceptions, it's "hands off sports."

I know sports does have a long list of benefits-- character building, pride, scholarships for star athletes, etc...  But, if it comes down to a choice of what's more important-- the classroom or the field, which would you choose?
AT 12:00 AM