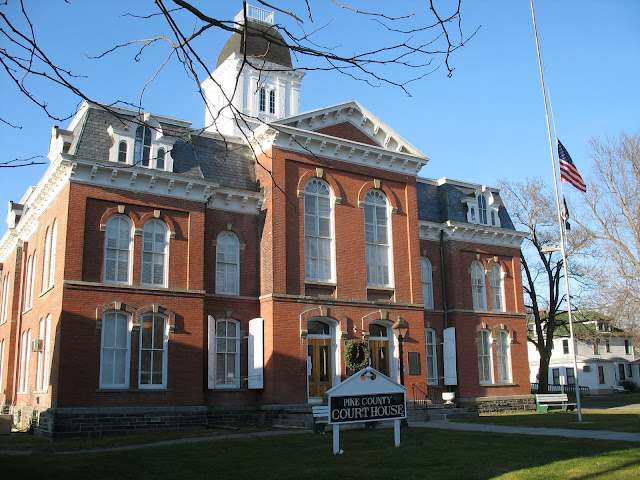 I cringed when I read in the Pocono Record that the Pike County Commissioners are considering expanding the courthouse in Milford.

The commissioners say the judicial system needs more space and security, and I respect that.  I also respect the fact that they pledge any addition will be sensitive to preserving the look of the 139 year old building.

I took the photo above back in January of 2007.  We didn't get much snow until late in the season, and that explains the green grass on a winter afternoon.  It also explains the wreath on the front door.  The photo centers on the building, and it doesn't show much of the surrounding area.  Here's my point.  Any addition, no matter how carefully planned will affect the look and feel of the building.  There's not a lot of room to play with here.

Another option is constructing a new government building elsewhere, but the Record indicates the commissioners oppose that idea.

This building is one of the area's gems, and I really hope it stays on the list.
AT 12:00 AM