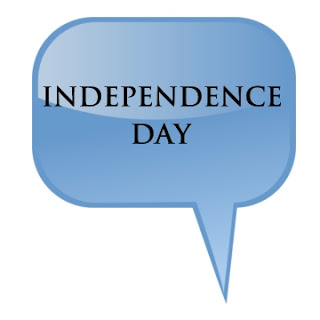 On this Independence Day, a celebration of free speech.

Mark Halperin turns up in several places, including Time magazine, as a political analyst.

Last week, on MSNBC, where he is a regular, Halperin called President Obama a slang word for a penis.

Mark Halperin is an educated man.  He uses words for a living.  He could have chosen better words for expressing his thoughts on the president's job performance.  In other words, Mark Halperin should have known better.

We're all human.  We all make mistakes.  Halperin apologized, and I'm okay with that.  This appears to be his first offense.  He's not Helen Thomas, a woman who made enough mistakes to earn a forced resignation.  He's not Don Imus, a man who has made a career out of being offensive.

MSNBC made the right call, and it would probably be better in the long run if both went their separate ways.  There's a place in the business, somewhere, for Mark Halperin.  While I was floored by his stupidity, this isn't a case for the journalistic version of the death penalty.

That brings us to today's discussion.  Halperin had the right to say what he did, but there are limits and boundaries.  If Mark Halperin was his own boss, if he stood on a street corner and began to pontificate, have at it.   He made the comment on MSNBC, and when you're on their channel, they make the rules.  It's that way everywhere.

Thanks to the founding fathers for the United States Constitution and the 1st Amendment.