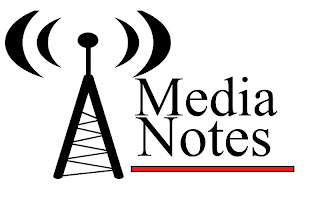 Kroger supermarkets has issued an edict.  The company will not advertise on radio stations that use the phrase "commercial free."  Bravo!  I'm still surprised there are stations out there using that horrible marketing technique.  When you say "commercial free," you're telling the audience that commercials are bad.  It's something every programmer should have learned during the first week of college.  Emphasize the music, not the lack of commercials.  Broadcasting isn't hard.  Yet, there are a lot of people out there doing their best to screw it up.


I've been listening to Dick Stockton do the Phillies/Cardinals NLDS series on TBS.  He's really good at baseball.  Stockton is one of those old style announcers who can call everything-- baseball, football, and basktball.  At 69, he's lost a little off his fastball, but he's still creates an anjoyable broadcast.


I haven't seen anything locally, but news and news/talk radio stations around the east are seeing a bump in ratings thanks to the earthquake, hurricanes, and flooding.


Has there ever been an American company that gets as much media attention as Apple?  Apple was due to make an iPhone announcement Tuesday afternoon.  It was all over cable TV, all day, before and after.  Amazing.


By the way, I wrote the previous paragraph before the passing of Steve Jobs.  I own one Apple product, an iPod.  I respect the man's accomplishments, but I always found Apple products to be supremely over-priced, and I survived quite nicely buying the products of others.

Reality TV ratings are down at the beginning of the season.  All those talent competition shows look alike to me, and they all have something in common.  I don't watch them.

ESPN has yanked Hank Williams, Jr. off Monday Night Football after some outrageous comments on the FOX News Channel.  Williams has the right to say whatever he wants.  ESPN has the right to say yes or no to using his stuff.  Simple.  By the way, one fast and easy way to get in trouble on TV is to compare people to Hitler.


NBC's "The Playboy Club" is the first cancellation of the fall season.  In the end, it wasn't the protests that killed the show.  It simply wasn't very good.﻿
AT 12:00 AM