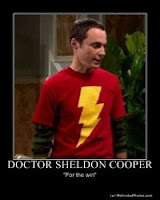 I will forever stand in awe of the marketing genius of American corporations.  I took several public relations and advertising courses in college.  Plus, I've been a member of the media for more than three decades  I've seen all.

Exhibit A is McDonalds.  It's reintroduced the McRib sandwich, as it does from time to time.  Every instance, it's the same thing-- the company gets tons of free advertising from the news media.  The advent of social media gives an additional explosion.  McDonalds could probably get away with having the McRib available everywhere, all the time.  The limited availability just makes people want it more, and it triggers the media to talk about it more-- all free of charge.

I haven't had a McRib in years.  I've heard the sandwich referred to as McGristle.  I have no strong feelings either way.  It's not a bad sandwich, but not a great one, either.  It just appears to be substandard meat parts, disguised by a smothering of barbecue sauce.

Exhibit B is Coca Cola.  There's a reason it's the world's best selling soda pop-- marketing genius.  During the holiday season, Coca Cola will be available in white cans, and that's a first.  The cans will feature polar bears, and that ties in to a television campaign.  The white Coke cans were featured in a USA Today story last week, and I'm sure you'll see the cans elsewhere, in print, on TV, and on line.  Again-- free advertising and valuable publicity.

As has been noted here in the past, Diet Pepsi is my drink of choice, but if Diet Coke is on sale, those red and white cans will be in my cart.

Exhibit C is what's happening on West 57th Street in New York City.  According to the Associated Press, the new management at CBS News finally realizes its morning broadcast cannot beat Today and Good Morning America, and it's time to go in a new direction, one featuring more hard news.  It's about time, but we've endured many "new directions" from CBS before.

Exhibit D:  FOX Sports.  It was fashionable to knock Joe Buck and Tim McCarver during last week's World Series.  While TMac can be a bit wordy, Buck is the perfect partner.  Couple that with excellent camera work, and you had a very good World Series.  Calling it "genius" might be a bit strong, but you cannot dispute that it was good television.
AT 12:00 AM