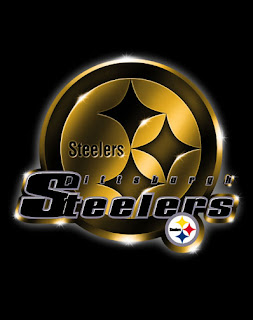 I'm pretty good at shooting off my mouth about the shortcomings of other professional sports teams, so in the interest of fairness, a look at my team, the Pittsburgh Steelers, getting knocked out of the NFL playoffs.

Plus, it appears to me the Steelers really didn't take the Denver Broncos seriously.  The Broncos finished the regular season at 8-8.  Their offense was weak, and I have a horrible feeling Pittsburgh wasn't prepared.

Strange to say, I'm not that upset over this.  If you're going to lose to someone, I'm glad it was a team led by Tim Tebow.  For years, the guy heard he couldn't be a quarterback in the NFL.  He's proved his critics wrong.  Yes, some of the religion stuff can be heavy handed.  But, nothing makes me happier than seeing an underdog succeed.

Even though they are a long shot, the Broncos are my sentimental favorite this year.

Being a realist, I can't see how anyone can stop Green Bay.  The Saints can put points on the score board.  Never bet against the Patriots.  The Giants are peaking at the right time, and Baltimore can be tough.

The last month of the season is guaranteed to be entertaining.
AT 12:00 AM