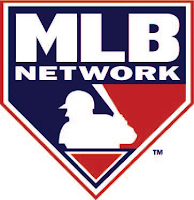 I don't watch baseball games as often as I once did.  The majority are on while I'm sleeping, and I simply don't find them as entertaining as the old days.

I do manage to catch the highlights on the MLB Network.  It does a great job, and here are some of the reasons.

The MLB anchors and analysts occasionally shut up, allowing the call of the local radio and TV announcers to tell the story.  It gives you a renewed regard for the immense talents of Bob Uecker, who does Milwaukee Brewers games, and San Francisco Giants broadcaster Jon Miller.

It also gives you a sense of the dreck that passes for broadcasting in the Bronx, and the mediocrity just about everywhere else.

I was never a Phillies fan, but I do miss Harry Kalas.

Yes, I know nothing lasts forever.

MLB has so far, resisted the silliness and "it's all about me" anchor approach of ESPN, and I hope it stays that way.

As far as play-by-play and color, the pace of a baseball game makes the talent in the booth more important than in other sports.  A lot of teams could do better.
AT 12:00 AM