I couldn't resist.  Even though it was my day off, I wandered in to downtown Scranton to observe the media army in town for the meeting of the Penn State Board of Trustees. 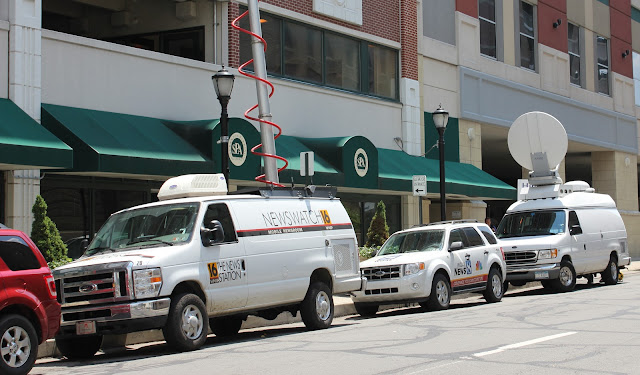 It was an impressive sight.  TV stations from as far away as Johnstown, Philadelphia and New York City surrounded the Hilton.  I'll stick some photos in between a few more thoughts on yesterday's release of the Freeh Report. 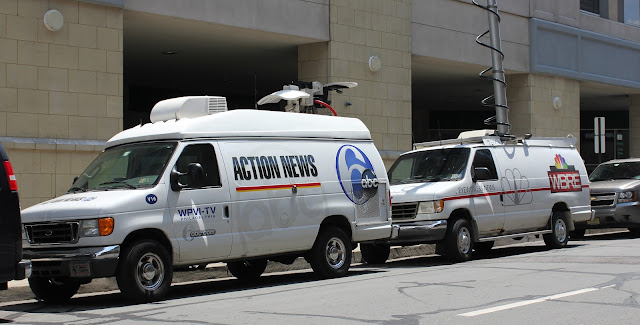 There is only one word that comes to mind, and that's "devastating."  It's apparent Spanier, Curley, Schultz and even the sainted Joe Paterno knew what Jerry Sandusky was up to.  Those four were more worried about the school, the football program and themselves rather than the kids. 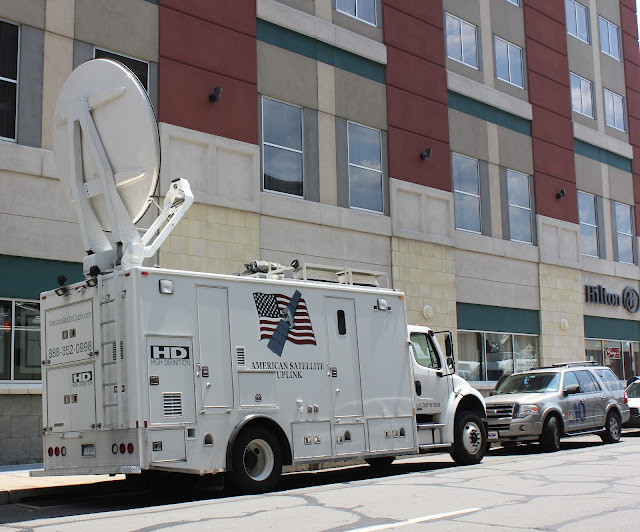 While it's true Paterno is no longer here to defend himself, what defense could he offer?  The pieces of the puzzle fit.  There can be no other conclusion.  Even Paterno admitted he should have done more.  What a sad and tragic ending! 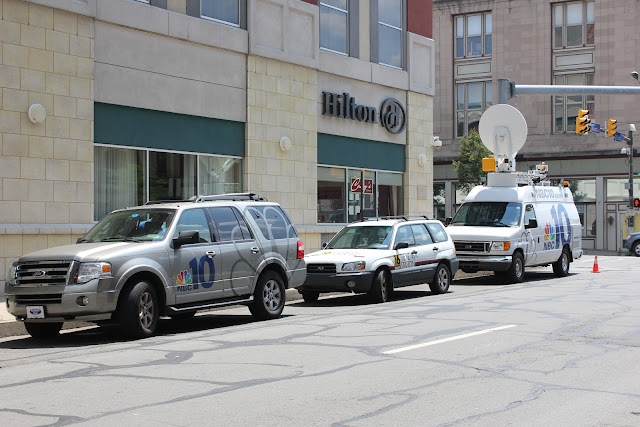 Can you imagine the culture running rampant at Penn State?  Janitors knew about Sandusky, but they were afraid they would be fired if they spoke up.  As much as Paterno tried to deny it, everything is secondary to football at Penn State.

It was the perfect storm.  The Penn State universe revolved around four people-- Spanier, Curley, Schultz, and especially Paterno, and they conspired to keep quiet.  I hope we've learned the value of checks and balances, and how to keep so few from becoming so powerful. 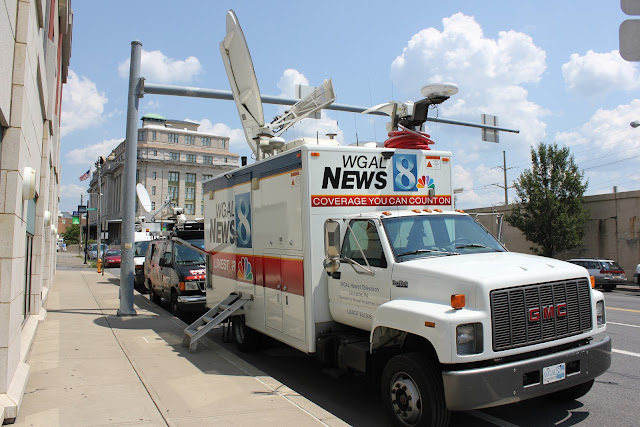 The Freeh Report cost Penn State $6.5 million.  Victims will receive much more in settlements from the university.  Can you put a price on a reputation? 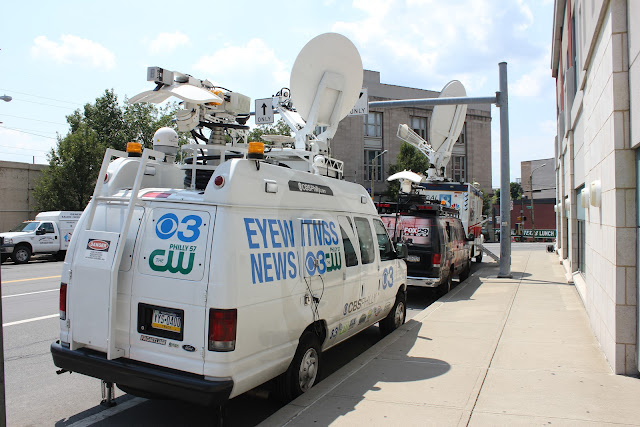 Throughout this whole sorry and criminal episode, Joe Paterno still has his defenders.  You cannot overlook the good he's done for PSU, but all his noble deeds now carry an asterisk.  *  He turned his back while kids were being raped on his watch.

And please, I don't want to hear about the money he gave to the library.  Paterno was a millionaire, and no one ever gave a donation they couldn't afford.  Paterno didn't make much money from the university in and of itself, but he was the king of endorsements. 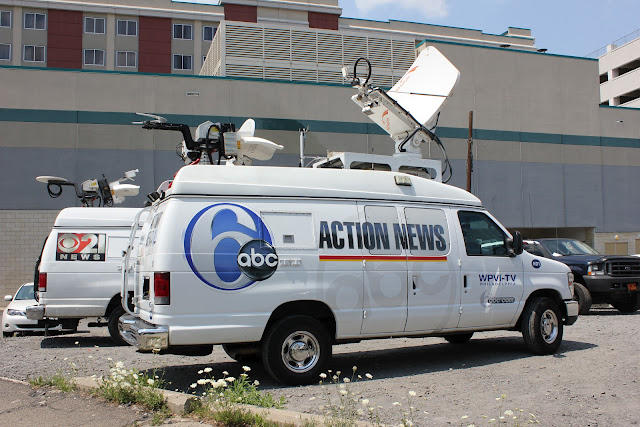 I have to admit.  I was surprised by the tone of Freeh's report.  PSU paid for it, and you know how I feel about "internal investigations."  Freeh's candor was refreshing, and at least at first blush, it appears fair.

Best of the internet:  FOX Sports Radio's Tomm Looney, a PSU graduate, said repeated mentions of Paterno's good deeds is an insult to the victims.

Yahoo! Sports Radio's Steve Czaban Tweeted the statue of Paterno at Beaver Stadium should be moved so it "looks in the other direction." 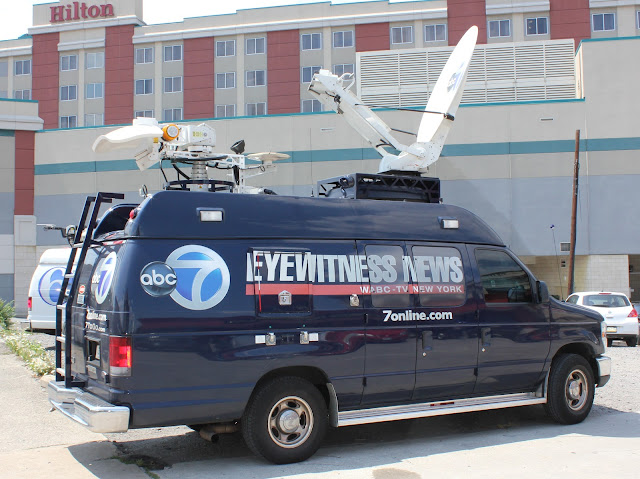 And, what perfect timing.  Hundreds of out of town media are in Scranton, as the mayor and council continue their petty bickering over the city's finances.  Yes, we're putting our best foot forward. 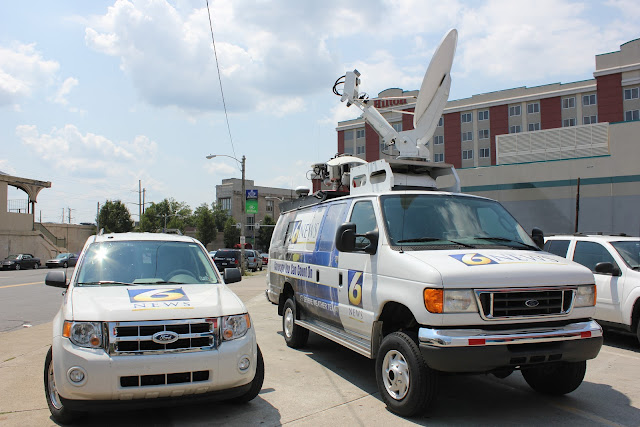