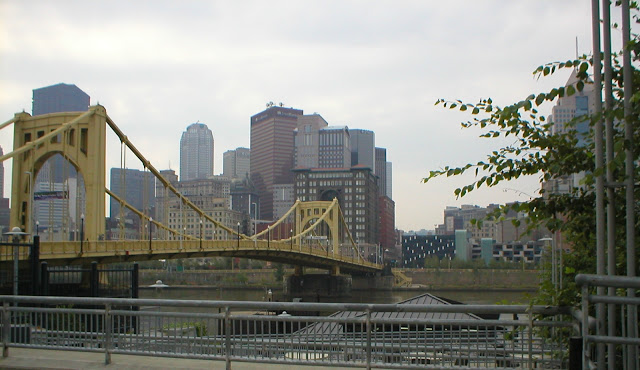 OK, here's my train of thought here.  It's the weekend after Independence Day, and that's traditionally a big vacation time.  This weekend, it's a couple old vacation pictures taken during a trip before I had the blog.

I first visited Pittsburgh during Governor Casey's heart/liver transplant surgery in 1993.  There wasn't time to explore the city, and I always meant to get back there.

I finally returned in the summer of 2003.

Pittsburgh is an underrated city.  It's rather nice.  There's plenty to see, and it won't cost you a fortune.

This is a shot of the Clemente Bridge, taken from the back of PNC Park.

I took a different way home-- the turnpike to Carlisle, and north on 81.