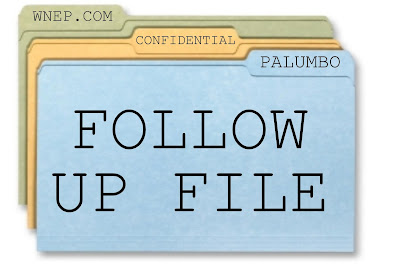 Remember about a year ago?  I was thrilled New York and Chicago had new all-news FM radio stations.  Well, the party's over.  After a year of big expenses and low ratings, the owner pulled the plug last week.  Both stations now play music.

I've long complained here that radio news has disappeared, and it was nice to see someone making an effort.  It was also fantastic that a lot of radio journalists had jobs.  I wish them well in the future, and I sincerely hope radio station owners "get it" and put more news on the air.  In the major markets, only a couple stations do news.  The situation in smaller cities is absolutely horrendous.  The news, when you can find it, consists of items "borrowed" from tv stations, newspapers, and web sites.  There are also plenty of sound bites from legislators, that are supplied by the political parties and the legislators themselves.  Somehow, the radio stations always forget to tell you the sourse of the material.  They didn't get it themselves, and they only air what the legislator wants you to hear.  It's disingenuous.

I've also complained Hollywood doesn't make movies for adults.  Theaters are filled with robot pictures and super heroes.  I'm about to contradict myself.  A movie called "Hope Springs" appears in theaters August 10.  Tommy Lee Jones and Meryl Streep play an upper middle aged couple trying to re-kindle their love life.  No!  Tommy Lee Jones is marshal Sam Gerard.  He's a member of the Men in Black.  He's not an old man.  It breaks my heart.

I blogged a few paragraphs when Donna Summer passed away back in May.  The Sirius/XM 70's channel frequently plays Summer songs, and I heard a couple the other day.  Time has not dimmed the quality of her work.  Donna Summer had a great voice.

It has been said that "Life is 10 per cent what happens to you and 90 per cent how you react to it."  I wish Penn State fans would remember that.

Do the math.  Sherman Hemsley was in his late 30's when he began playing the character of George Jefferson.  He always seemed so much older.  That's why you call it "acting."
AT 12:00 AM