Who Thought That Was A Good Idea?! 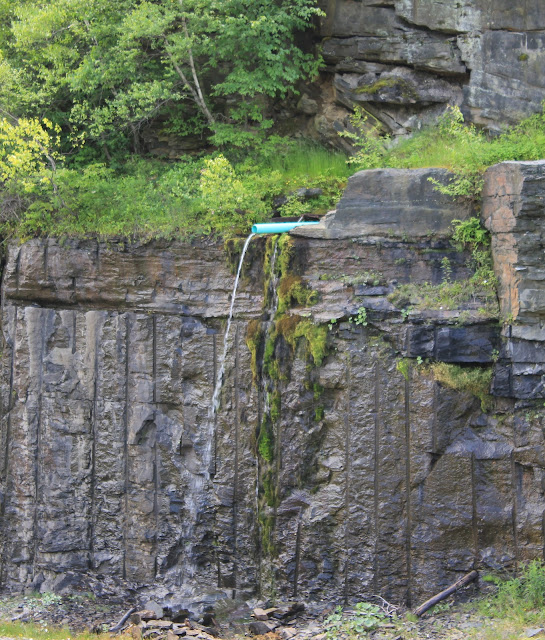 There really isn't much to do at Aylesworth Park in Jermyn, and that's okay.  It's a nice, uncluttered place to take in nature for a few minutes.  I really used to like coming here after a heavy rain, because there was this cool little waterfall in a rock cut.

I hope there was a good reason for it.  Someone decided, rather than let the water flow naturally, they would channel it through an ugly plastic pipe.  Above, the view from one week ago.  Below, how it looked back in April of 2008.

Clearly, the old looks a lot better than the new.  Get rid of the pipe, or at least cut it back and disguise it.  It's ugly. 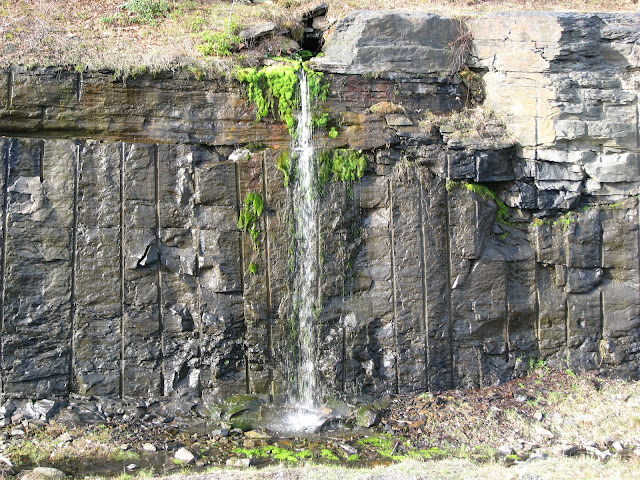