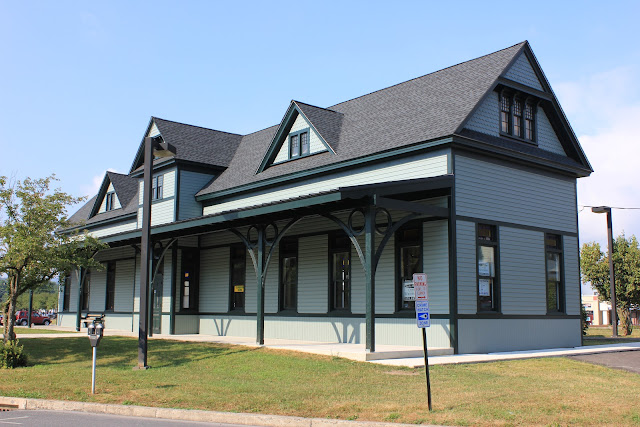 Like most people, I feared the worst.  Dansbury Depot, a Civil War Era train station burned in October of 2009.  It was slated for demolition.

The community stepped in to save the building.  It was moved a year later, and here it is, looking great in its new home.  It didn't go far-- just to the other side of the tracks in East Stroudsburg.  Much of the original stuff was saved, including the doors and stained glass you see below. 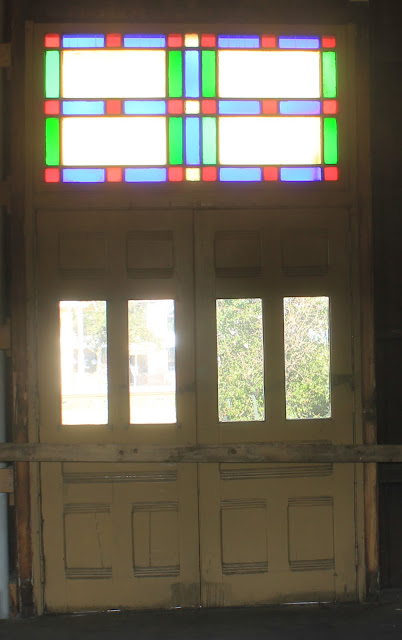 The building is still empty.  It'll eventually become a community center, meeting space, and a couple other things.  By looking in the window, it appears a constructive use for Dansbury Depot is still down the road a bit.  At least the building has been buttoned up and preserved-- a fate I wish some other historic structures here in our area shared.
AT 12:00 AM