Giving Up, or Not 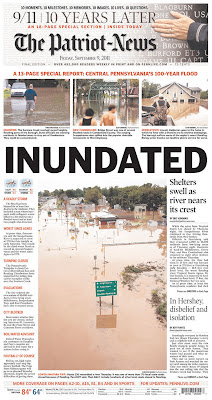 The Harrisburg Patriot yesterday announced plans to publish only three days a week.  The "paper" promised an strong internet presence and a commitment to quality digital journalism.

Other papers have done this, and I have to say I'm rather surprised by the Patriot's move.  It's coming off a Pulitzer Prize winning year.  It's a quality newspaper.

It makes me sad.  Growing up, I loved the thump of the morning newspaper, The Tribune, hitting the front porch at dawn.  I lived for the clank of the mail box lid dropping, signaling the afternoon paper, The Times, had arrived.

When I started in the biz, Scranton still had two fiercely competitive papers.  The reporters were great guys, and as a pup in journalism, I looked up to them, and I was tickled when we got to be friends.

I was there when The Tribune closed, and it hurt to watch my colleagues clean out their desks.  Journalism in Scranton was never the same.

It's clear the Patriot's owners see no future in print. 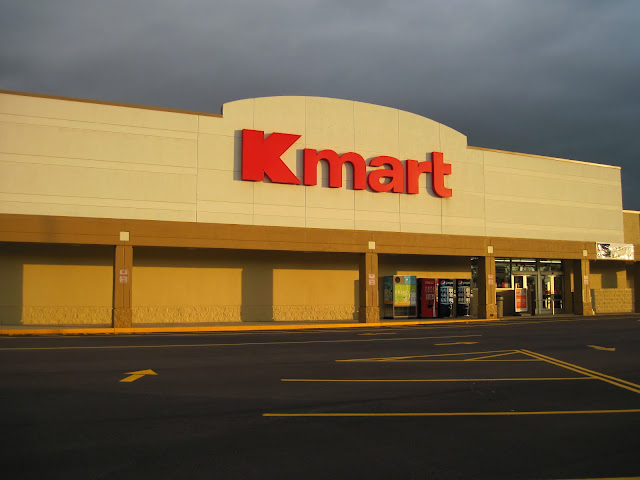 KMart in Edwardsville's Mark Plaza re-opened Monday morning.  It was the fifth flood recovery, going back to 1972, when Arlan's occupied the space.

KMart sees a future in Edwardsville.

It's not hard to figure out.  Follow the money.

The same cannot be said for the rest of Mark Plaza.  Ghost town.  Except for a fast food restaurant at the entrance and KMart, every other store that was here pulled out and has no plans to return-- Redner's, Payless Shoes, Dollar Tree, to name a few.  I can understand that.  Those stores likely didn't turn a profit as big as KMart's.  Insurance in a flood zone isn't cheap.

Harrisburg Patriot, I'll miss the glory days.  KMart, welcome back.
AT 12:00 AM