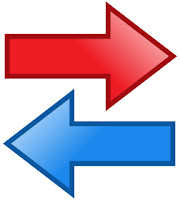 I have to admit I'm a bit surprised on both counts...

Missouri Republican Representative Todd Akin says he's saying in the race for U.S. Senate, even though many in both parties want him to step aside.

Akin said something exceptionally stupid recently on rape and abortion.  He admitted his mistake and apologized.  Apparently, he thinks it's enough.  As of this writing, Akin leads his opponent, Democrat Claire McCaskill, in polls.  Either people love Akin and are willing to forgive, they dislike McCaskill, or a combination of both.

I thought Akin was in major trouble because people in his own party, including presumptive presidential nominee Mitt Romney want him off the ticket.  On the other hand, Akin appeals to the right of the Republican party, a group that's very effective in getting out the vote.  They are sticking by their man.

On the other hand, Akin's comments are uniting the opposition.

It's an understatment, but this is clearly one of the big races to watch in 76 days.

So much for the "staying" part of today's blog.  Now, the "leaving."

NBC says the upcoming ninth season of "The Office" will be the last.  I'm shocked it lasted this long.  I tried to like this show.  I really did.  I was never able to make it through an entire episode.  I used the words "stunningly unfunny" to describe "The Office" in the past, and the show hasn't improved with age.

Part of the longievity of "The Office" wasn't due to its quality.  It was because it came from NBC Productions.  The network owned the show and got to keep all the profits.  Money is more important than quality.

"The Office" never drew a huge audience.  It was middle of the pack, of years of weak NBC prime time schedules, at best.