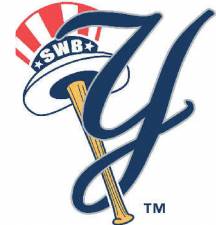 The Scranton/Wilkes-Barre Yankees will have a new name and a renovated ballpark in 2013.

The list of potential new names was released Friday, and here are some thoughts.

Trolley Frogs:  A trolley frog is the mechanical part of a trolley.  Cute name, but it loses it when you have to explain it to someone.  Plus, the trolleys, save one, stopped running decades ago.

Blast:  This one was chosen because we had to blast coal out of the mines.  Pass.  The mines closed decades ago.  The mining companies raped the earth and abused the workers.  Why can't we get over the mining fascination around here?

Porcupines:  Are you kidding me?  Naming the team after a tree chewing varmint that is frequently road kill? Hey, let's go to the stadium to see the Porcs play the Pigs tonight.  No.

Fireflies:  Not all that bad, but kind of girly.  It reminds me of Tinkerbell.  A lot of people would likely shorten it to "flies."  It doesn't work.

Rail Riders:  I like trains, and trains contributed a lot to our area.  Steamtown.  However, Rail Riders reminds me of bums and hobos.  I don't think so.  Plus, what would you use for a mascot.  It's not cute and cuddly.  A train?  An engineer?  A conductor?

Black Diamond Bears:  Loyal blog readers will remember that I submitted the name "Black Bears."  Someone added the "diamond."  Yes, another coal reference.   By the virtue of the best of a bad lot, this one has my endorsement. 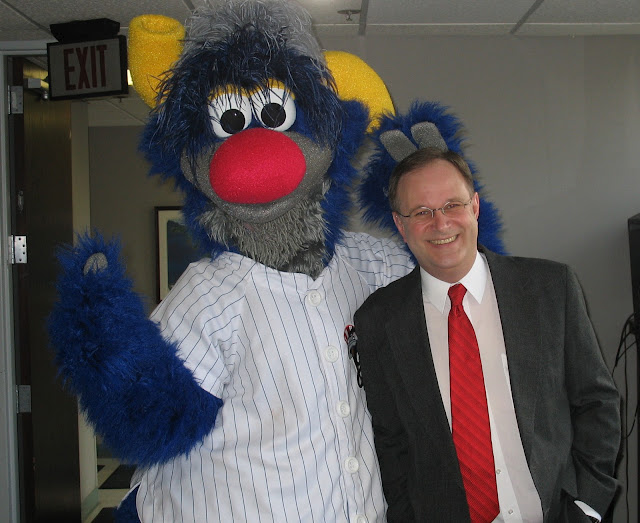 There is another dimension to consider here.  Merchandising.  What will look good on the hats, and the tee shirts?  Can you get a cute and cuddly stuffed animal out of this?  Can you get a decent mascot, like Champ, running through the stands?  By the way, that's Champ on the left in the photo above.

I will assume that Champ will be retired once the new name arrives, and that's unfortunate.  It's a good costume.

I have a funny feeling we'll see a frog jumping through the stands once April of 2013 arrives.

By the way, I searched the internet for clues over the weekend.  The SWB Yankees has reserved domain names for each of the six potential new identities.  It was worth a shot.
AT 12:00 AM