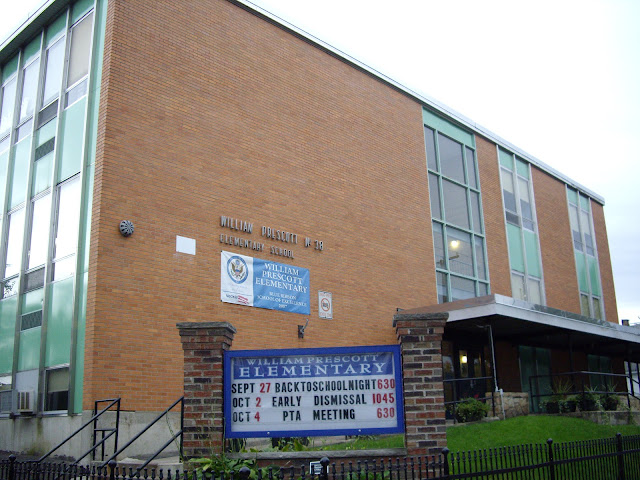 So many issues involving children lately...

It was one bad thing after another in Scranton.  Mold was discovered in Prescott Elementary SIX MONTHS AGO!  The report got misfiled and it sat in a drawer.  Do you mean to tell me no one who knew about the mold back in March said anything until now?  It's strained credibility, to say the least.  A public meeting on the issue was held Monday night.  There were more than enough poor performances to go around.

It reminds me of the "kids for cash" scandal in Luzerne County.  THOUSANDS of juveniles went before Judge Mark Ciavarella without legal representation, and no one said a word, and that includes people in the district attorney's office.  I will never be able to understand that.

I will take a neighborhood school over a regional school any day.  I've been in many of the city's schools.  Some tough choices are ahead. The current buildings are old and crowded.  I've seen classes in glorified basement storage areas.  Books are stacked in hallways because there's no space to put them.  Libraries are inadequate.  It's clear some of the city's buildings are in need of replacement.  Unfortunately, they're in a city where property owners are looking at years of big tax increases to pay for years of incompetency.  To say the least, there are tough choices down the road, and the road isn't that long.

There have been a few teen suicides in our area lately, and there is nothing as sad as a child taking his or her own life.  We're told bullying is the reason, and experts have been crawling out of the woodwork to render opinions.  It's like this- anyone who says they have the answers is full of you know what.  Kids aren't proud of being bullied.  They're embarrassed and don't want to talk about it.  That's why teachers, parents, and peers have to look for the signs and speak up.

Bullying is more than getting beat up after school these days.  The internet has taken bullying to a whole new level, and that brings us to our next topic.

There were gun rumors floating around a school district here in our area yesterday.  We checked.  There was no truth to the story.  You're not helping your kids by spreading false stories around cyberspace.  I'm sure most intentions were good-- to let people know about a potential danger, but in reality, it was no help.  It only added to the fear and paranoia.