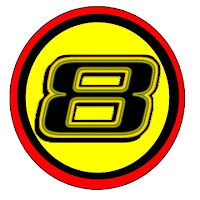 This blog is eight years old today.  That's nearly a decade of banality.

I usually give the story of the blog's origin on anniversary day, but we'll give that a break this year for a word or two about writing.

I write this blog the way I talk.  Yes, I know it's far from perfect English.  There are sentence fragments and things dangling all over the place.  So be it.  It is what it is.   At least, the punctuation is solid.

I'm sure my high school senior year English teacher, the great Stanley Evans, God rest his soul, would cringe at some of what appears here.  On the other hand, he might smile because it expresses thoughts and feelings, and he liked that.

Moving on to my freshman college year, I had an English professor who was a stickler for perfect usage and construction, and I learned a lot from her.  There was a down side.  I saw it in myself and fellow students.  Writing suffered because you were so afraid to make a mistake.  Our projects were dull and boring, and there's nothing worse than that.  No one wanted to take a chance and do something outside the circle of safety.

There are several contributing factors to, for a lack of a better word, my "style."  Another high school teacher enjoyed my essays because they were to the point.  He always said I was one of the few people who could express two thoughts in one sentence.

More than three decades of broadcast news writing has left me with a spartan, word economical style burned in to my brain.  There are times I wish I was more lyrical and literary.  However, I am what I am.   Keep it tight.  Keep it simple.  Sorry about the fragments.

We had a horrible computer system at one of my old stations, but there was one thing about it that I really liked.  The news director had a message pop up on the screen any time you signed on.  It said "tight writing = top casts."  I've never forgotten that.  I wish every broadcaster was fortunate enough to read that every morning.

A former radio co-worker, the great Ray Magwire comes to mind from time to time.  He always said "don't clutter a story with facts."  We're broadcasters.  We write for the ear.  We get one shot for you to understand it.  It's not a newspaper.  You can't re-read the paragraph.  Too many facts impede the message, and I was very lucky to be exposed to Ray's work during my time at WARM.

Blog hits took a nice jump this year.  I think there are several reasons behind that.  People have finally learned where to find it on WNEP.com.  Plus, the blog received a little publicity on the social web sites of others, including nepablogs.org.  I thank them for the mentions, and I thank you for reading.

Also, special thanks to Mark Sowers, who helped start this little adventure, a long time ago.  A silly little effort to get more original material on WNEP.com has lasted eight years.
AT 12:00 AM