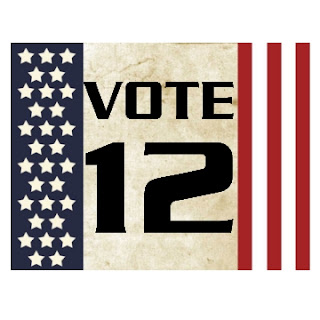 Some thoughts on the just completed election...

Turnout was heavy, as it usually is in presidential election years.  It's unfortunate that every election can't be like this.

Republicans should have learned a lesson.  Let's go back to the primaries.  The seeds for this defeat were planted two years ago.  Was there any candidate in that group that could have unified the Republicans and appealed to independents and minorities?  Nope.  That bunch was far too right for most of America.  A horrible economy made the presidential race yesterday a lot closer than it should have been.

Having said that, there are more red states than blue.  It looks like the Democrats' strategy of concentrating on California, New York, the mid Atlantic and the Great Lakes states works rather nicely.  Are we really one nation?  It doesn't look that way.

Romney had some good ideas, and a lot of people liked him.  The popular vote was close.  However, Obama ran a smarter campaign.  I wonder how many Romney votes were simply anti-Obama votes.

It was long felt that Ohio was the key.  Ohioans chose the guy, rightly or wrongly, who is given credit for saving the auto industry.  The opponent was the former head of a venture capital company.  Very effective commercials painted Romney as a super wealthy guy who closed companies and fired workers.  Is anyone surprised Obama took Ohio?  That "I don't care about 47 per cent of the population" commercial was devastating.  I just read where Romney got fewer Ohio votes than McCain and Bush.  When the history of this campaign is written, there will be chapters dedicated to the Ohio blunders.

Getting back to the Republicans' choice of a nominee...  Howard Fineman of The Daily Beast nailed it on Tony Kornheiser's radio show Wednesday morning.  He said a lot of our economic problems were blamed on an unregulated Wall Street running wild.  The Republicans went and nominated a venture capitalist, who made his money wheeling and dealing.

Is Pennsylvania blue or red?  Obama won Pennsylvania's 20 electoral votes by winning only 12 of the state's 67 counties.  In our area, Obama won only Lackawanna, Luzerne, and Monroe.  That's one county less than he won four years ago.  Obama wins big in the cities.  Republicans have to stop being the party of rich white guys.  Whatever happened to the Republican's "big tent?"  The Democrats have to win the hearts and minds of those outside the cities.

And here's something to think about.  Bill Clinton disgraced the presidency in unprecedented ways.  Yet, Clinton is the Democrats' rock star, and one of the few politicians who can draw a crowd.  Republicans have George Bush, who remains radioactive and current candidates want nothing to do with him. 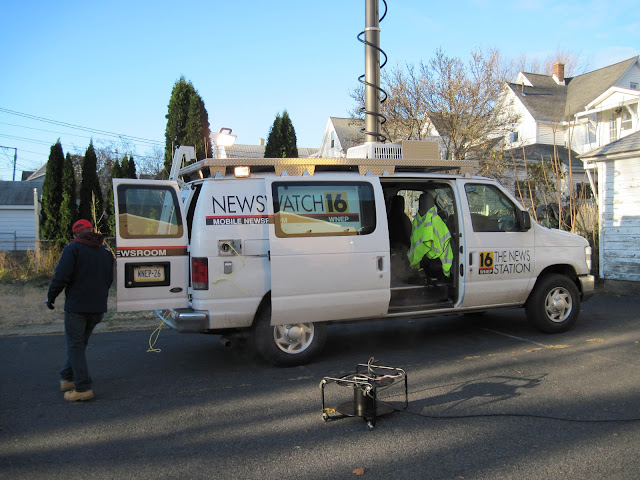 We learned of a new state edict yesterday-- no cameras in polling places.  We found the rule to be unevenly applied.  Once again, Pennsylvania takes a step backward.  Polling places are open to the public.  Television stations (and cameras) are allowed the same rights as the public.  The media should have no more rights than the public, but no less, either.  As I've said before, bad things happen when they are shielded from the light of the media, and that includes our print and internet friends.  A judge of election told me people are frightened and intimidated by cameras.  Let me tell you something.  In ten years of radio and twenty years of television, no voter every said word one to me about being photographed.  People are proud they exercise their privilege and vote.  It's just sad.  I sat in the newsroom and watched video feeds from other states.  Yes, they were allowed to take pictures of people voting.   A FREE press is vital to a functioning democracy, except in Pennsylvania, home of the LIBERTY Bell. 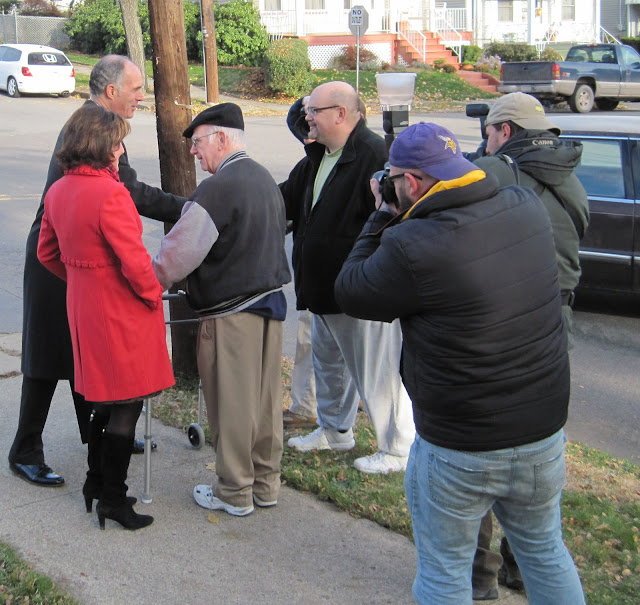 During our conversation yesterday, I got a feeling Sen. Bob Casey was very worried about his reelection.  Above, Casey greeting supporters, and vice versa, on his way to vote in a church at Harrison and Myrtle in Scranton.  Conventional wisdom was that Casey would come out of the night with a narrow win.  Wrong!  Casey's margin was a lot higher than most people expected.  Opponent Tom Smith is a disciple of the Tea party, and that's worked for a lot of candidates in this country.  However, being on the far right scares a lot of voters-- especially in an elderly Pennsylvania, where Medicare and Social Security will always be major issues.

Pennsylvania Democrats, look at your future:  Attorney General candidate Kathleen Kane and Treasurer Rob McCord both walked away with impressive wins.  These two have to be looked at as rising stars in the party.  We will hear from them again.  Both also look to be a problem for Governor Corbett, during the final two years of his first term.

Hazleton area representative Tara Toohill defeated her opponent by a 2 to 1 margin.  The issue in this race-- pictures that apparently show a much younger Toohill at a pizza and pot party, where she's friendly with another woman.  Backfired?  I think so.  Everyone who watched that commercial thought it was a cheap shot because we all did foolish things when we were young.  The thing that bugged me was a Toohill junket to Israel, which really looked like a waste of money.  Toohill was even photographed on the back of a camel.  If the opposition featured that, the race might have been much different.  Voters can forgive a youthful indiscretion.  They don't like when you waste their money.

The same can be said for new 17th district Democratic congressman Matt Cartwright.  It was a big one last night.  His base is the Scranton area, and there are a lot of Democratic votes there.  His future looks bright, even though he's a member of the house's minority party.

One other note:  I had to turn off the TV and the radio-- before and after the polls closed.  I'm amazed at the uninformed drivel that passes for "expert commentary" these days.  TV networks filled their sets with too many people, all trying to talk at the same time.  Radio is cementing itself as the taker of the third tier, surpassed by the internet and podcasts.  Thank heaven Al Gore invented the internet.