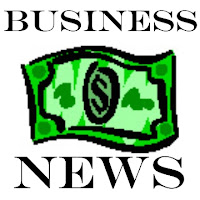 It's likely bankrupt and liquidating Hostess will sell off its brands and recipes, including Twinkies.  Still, the disappearing company makes me sad.  I was never a big Twinkie guy, but I did indulge in its other products on rare occasion.  Hostess says it was done in by the failure to reach a contract agreement with one of its unions.  I'm reminded of something a concert promoter once told me.  It was after the Riverside School District imposed an amusement tax at Lackawanna County Stadium.  The promoter said he was willing to give the school district a taste, but he couldn't make a profit if Riverside took everything it wanted.  The quote was "They could have a little bit of something, or a lot of nothing." Riverside chose a lot of nothing, and so did the Hostess union.  18,500 people lose their jobs.  No one wins.

JCPenney just had a horrible quarter, and the news came out just after I had a bad experience at the store.  My favorite dress shirts disappeared, so I had to order them from the catalog.  I decided to save $10 by having them delivered to the store rather than my home.  JCP has closed its catalog desk, so the employee at the register you select has to schlep back to the stock room to retrieve your order.  It leaves a back up at the registers, which always seem to be understaffed.  I e-mailed the company.  The response?  They're always looking at staffing levels.  Translation?  Too bad.  Next time, I'll avoid the aggravation and get the stuff delivered to the house.  The old system appeared to work well, and I don't know why they changed.  Oh wait, I figured it out.  Save labor costs.

Sears/Kmart just reported a bad quarter as well.  Both chains are striving to achieve relevance.  I still visit both, on occasion.  On fact, I needed a few things on my way to lunch with a friend, and I breezed through KMart.  It was a surprise.  KMart is not known for its speedy service.

Boscov's is getting out of the major appliance business.  Stiff competition from on line retailers and big box stores is given as the reason.  Boscov's was one of the last true "department" stores, and it's the end of an era.

I'm good for an anti Black Friday rant every year.  I'll give you the short version.  Black Friday now starts on Thursday, Thanksgiving, and that's just wrong.
AT 12:00 AM