Top Ten: On the Move 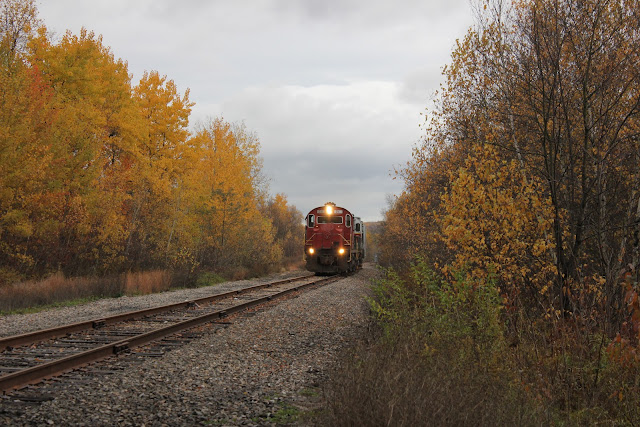 We have a little train action as we move toward 2013.

Today's shots were taken on the afternoon of October 19.  I was doing some mindless wandering.  While I was driving on Lackawanna Avenue in Mayfield, I spotted a small freight train off to my right.  I needed to get out ahead of it and take a shot. 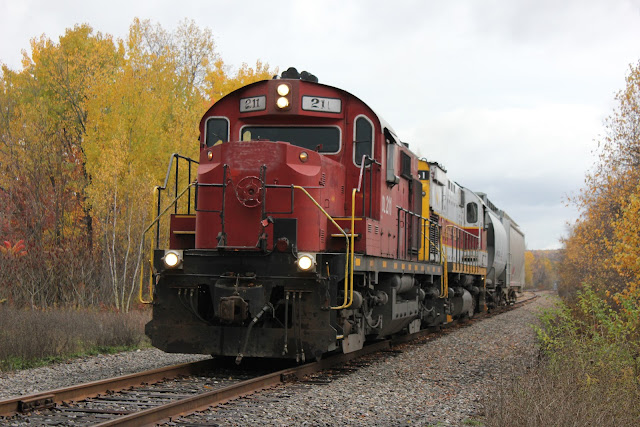 There was a problem.  There was a fully loaded garbage truck ahead of me, and it  was crawling.  Plus,  it was in a location where passing would have been unsafe.  Finally, fate smiled on me.  The trash truck found a burst of speed.  It was enough for me to get a jump on the train.  I pulled over the the side of the road, crawled up a small embankment, and I took some pictures as it headed north toward Carbondale. 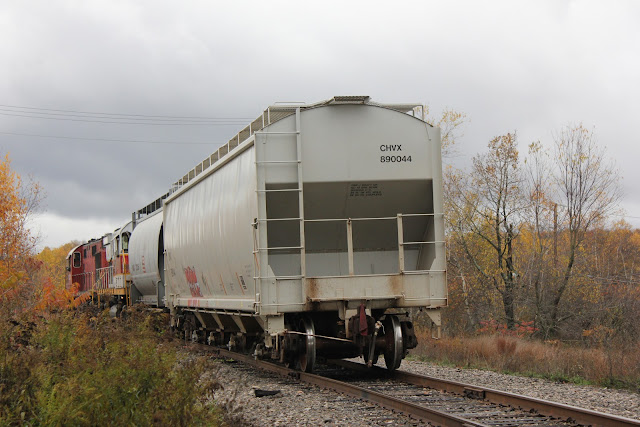 And, there it goes!