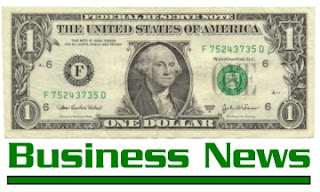 Office Max and Office Depot are merging.  As someone who spends a lot of time geeking around these places, let me offer up a few thoughts.

I'm a fan of the number one office supply store, Staples.  The stores are attractive and laid out well.  They always seem to have what I need.  I was disappointed when Office Max closed its Dickson City store.  I also liked Office Max, and it was nice to have a choice just a couple miles apart.  I do drop into Office Max Wilkes-Barre store when I'm in the neighborhood.

Office Depot had stores in Wilkes-Barre and Bloomsburg.  Both closed when the company went through a downsizing.  Staples and Office Max always had Office Depot beat in the price category, but Office Depot had a wider supply of items, and it always seemed to get new things first.

It will be interesting to see the direction of the new, combined Office Max and Office Depot.

The New York Times announced it's selling the Boston Globe.  NYT bought the Globe in 1993 for more than $1 billion.  The bottom them promptly fell out of the newspaper and advertising market.  NYT has been swimming in red ink ever since.

You will remember that NYT owned WNEP for several years.  The New York Times company stood for something, and I enjoyed being a miniscule part of that.  Employees also had the chance to buy NYT stock at a discount.  I still have my shares, which are worth a fraction of what I paid for them.  When NYT sold its broadcast division, it was the only part of the company that was making money.

NYT management says it wants to concentrate on its core business, the Old Grey Lady.  Let's hope the strategy works.

Diet Pepsi said its changing its sweetener blend.  They want something that holds up better in storage and in summer heat.  I cracked open a fresh bottle yesterday morning, and I can taste the difference.  It's sweeter, more mellow, and less acidic.  It's not bad, and I will remain a customer.  However, I miss the tartness.